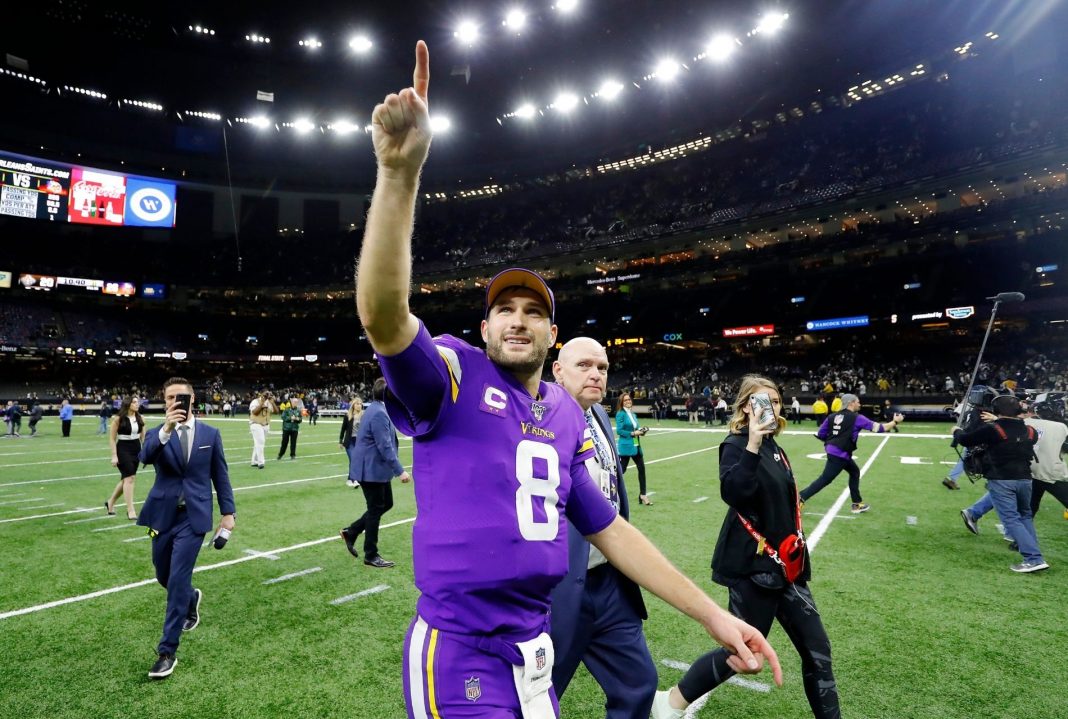 The NFL season is set to kick off in less than one week.

Many fans, players, and fake news sports writers are wondering if the league can complete the season in the face of the ongoing pandemic.

And now this NFL Quarterback made a jaw-dropping confession about the coronavirus.

Minnesota Vikings quarterback Kirk Cousins is one of the biggest lightning rods at the position.

He beat out Robert Griffin III in Washington despite the Redskins trading three first-round draft picks to move up and select Griffin.

Cousins then signed a massive 100% guaranteed money deal with the Vikings.

In his career, Cousins has always put up solid numbers, but his teams have only made the playoffs twice and won one game.

But the debate over if Cousins is worthy of his contract were nothing compared to the dustup Cousins created on Kyle Brandt’s podcast with his comments on the coronavirus.

Brandt asked Cousins how scared he was of the virus on a scale of 1 to 10.

When Brandt asked him why he felt that way Cousins rejected the idea that masks could stop the spread of the virus and were just a form of virtue signaling.

“I want to respect other people’s concerns, but for me personally, if you’re talking no one else can get the virus, what is your concern you could get it? I’d say I’m going to go about my daily life. If I get it, I’m going to ride it out. I’m going to let nature do its course. Uhh, survival of the fittest kind of approach and just say if it knocks me out, it knocks me out. I’m going to be ok. Even if I die, I die. I kind of have peace about that. That’s really where I fall on it, so my opinion on wearing a mask is really about being respectful to other people. It really has nothing to do with my personal thoughts,” Cousins added.

Now in 2020, American pro athletes are expected to be left-wing virtue signalers and Cousins later clarified his remarks and mouthed the proper praise for wearing masks in remarks likely prepared by his agent.