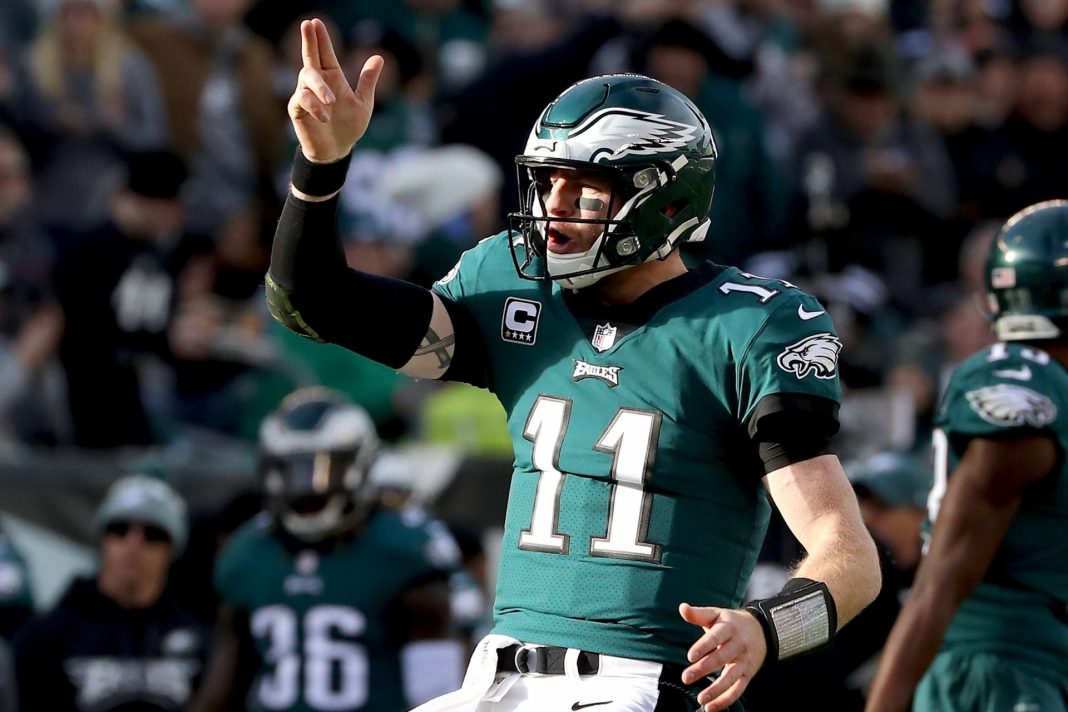 If you’re a fan of the NFL, you know that your team’s success each season, and for years to come, hinges more on the position of quarterback than any other player.

Every NFL Draft breeds hope and optimism for a handful of fan bases – did they draft the quarterback who will turn the franchise around or are they just biding time until they can draft another possible savior?

One fan base watched that exact scenario playout in 2016 only now to have the quarterback that brought them so much promise admit something no one saw coming.

In the 2016 NFL Draft, the Philadelphia Eagles drafted Carson Wentz with the second overall pick, and in just his second season as their starting quarterback in 2017, Wentz threw 33 touchdown passes with just 7 interceptions, led his team to an 11-2 record, and seemingly proved that he was worthy of being such a high draft pick.

Unfortunately, in week 14, a knee injury forced Wentz to watch from the sidelines the rest of the season as Nick Foles stepped in and led the Eagles to the first Super Bowl win in franchise history.

Since then, the team chose to let Foles go in free agency, and put all their eggs in Carson Wentz’s basket, hoping that he could continue to play at or near the level he’d displayed through 13 games in 2017.

But that hasn’t come to fruition, and things reached a point where Wentz stood up during a team meeting this week and admitted to his teammates that he’s been a horrible quarterback lately.

“The first step is admitting where you’re bad at, and that’s what I love that Carson did,” defensive end Brandon Graham said during a press conference. “When we talked to the team, he knew he had to own some of the stuff that he’s been doing, and he let us know that he’s working his butt off to make sure that he starts doing a lot of stuff better. And that’s all people want to hear is for you to take ownership of yours and we can move on.”

Fortunately for Wentz, it seems as though his team appreciated the blunt honesty from their quarterback.

Unlike many millionaire professional athletes, Wentz chose to not blame others for his failures, took ownership of his shortcomings, and promised his team that he’d do everything in his power to turn things around and be better for them.

In a professional sports world filled with entitlement, greed, and egos, it’s rather refreshing to see this type of attitude from the starting quarterback of one of the most popular teams in the NFL.

However, Wentz’s candor isn’t going to change much about how he’s viewed in Philadelphia.

For the overwhelming number of fans, and those in the front office making roster decisions, results are ultimately all that matters.

Sure, we’ll all root for the “good guy” and hope that he can break through to become an All-Pro.

But, at the end of the day, winning is the only thing that cures all woes.

Carson Wentz’s days are numbered in Philadelphia, whether he’s doing “the right thing” off the field or not.

Whether or not he can turn it around on the field is what will ultimately matter.