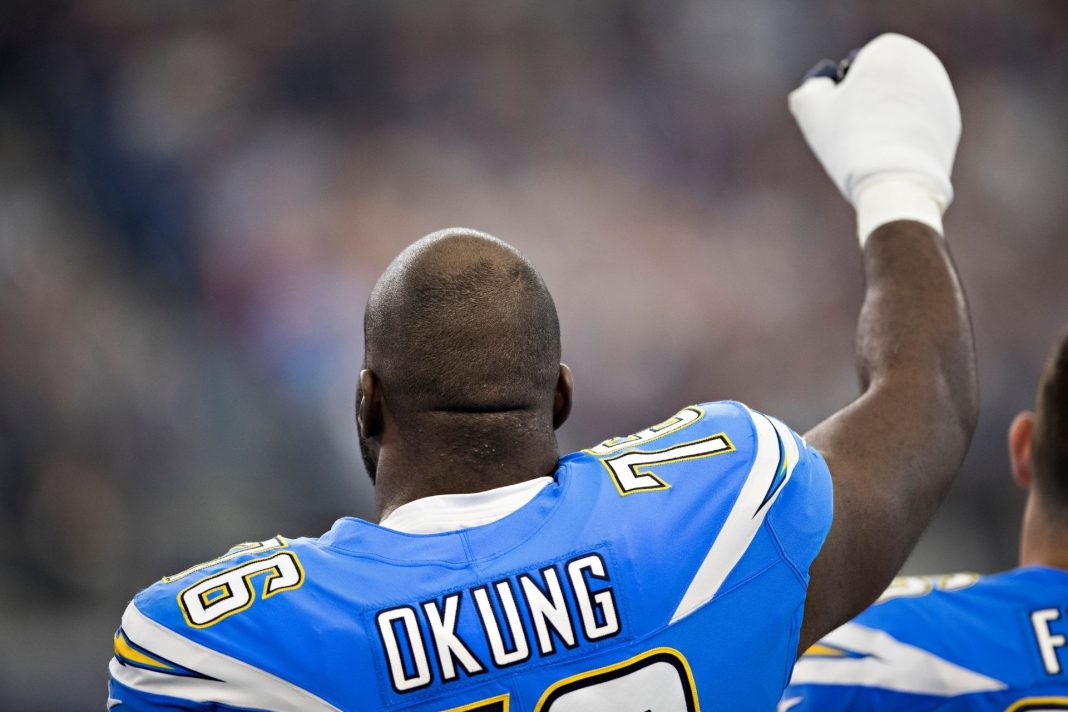 The tail end of 2020 may have seen the biggest sea change in American sports.

And it happened in the NFL.

That’s because this NFL star made a political decision that could change the league forever.

Cryptocurrencies are becoming an under the radar issue in American politics.

Some Americans do not trust the fiat currency printed by the federal government and are looking for a digital alternative.

The number one cryptocurrency is Bitcoin.

And Carolina Panthers offensive tackle Russell Okung just reached an agreement to have half his salary paid in Bitcoin.

Okung’s just happens to be quite large. His $13 million yearly salary is being split 50-50 between bitcoin and fiat, Mallers said Monday in a phone interview with CoinDesk.

Mallers said other pro athletes, including unnamed members of the Brooklyn Nets basketball team and baseball’s New York Yankees, have also begun onboarding to the program. Mallers said the NFL and NFL Players Association had to be involved to get approval. It is unclear if such approvals are also required for the National Basketball Association and Major League Baseball.

Bitcoin is on a massive upswing as it gained 273 percent since May 2019.

Okung is taking a risk that the market for Bitcoin won’t collapse and that the value will continue to increase.

Bitcoin is like any other investment where if the demand decreases you lose your money.

But Americans who support cryptocurrencies and oppose government issued fiat currencies hope a high profile athlete like Okung will lead a movement toward alternative monetary systems.