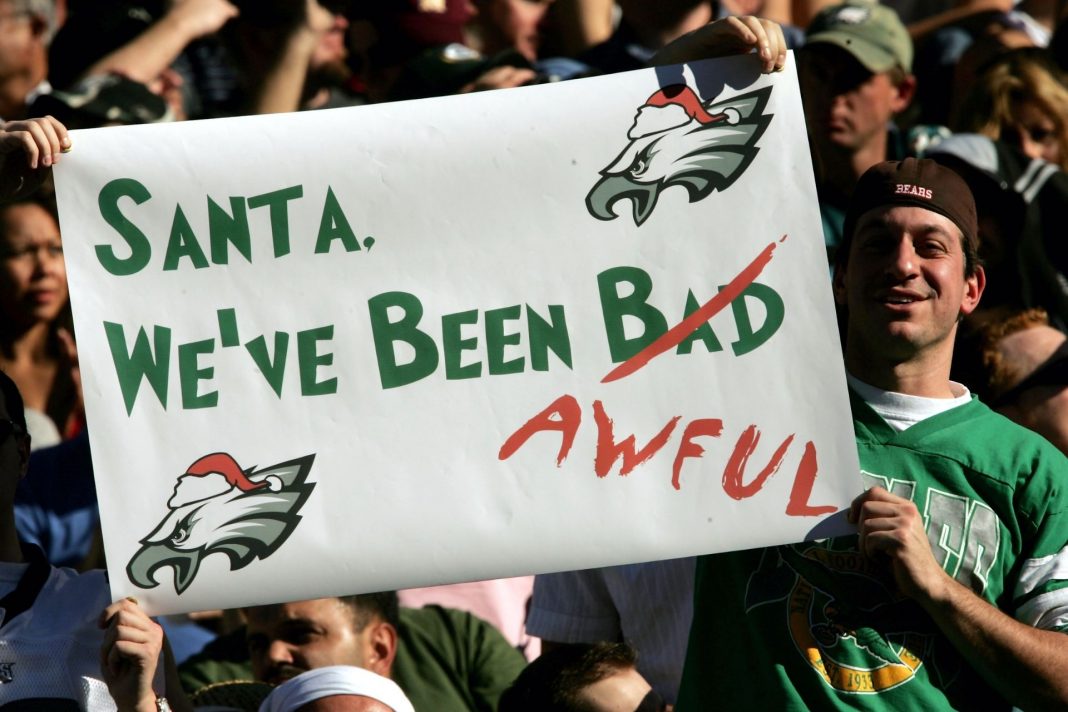 The NFL is in the middle of its most difficult season in league history.

And now this NFL team let fans back in the stands. One video showed why it was a big mistake.

Philadelphia Eagles fans are known as a rough lot.

During a December 1968 game, Eagles fans famously pelted a man dressed as Santa Claus with snowballs.

Even the Eagles’ own players were not spared.

When the team hired current head coach Doug Pederson in 2016, Pederson admitted that in 1999 when he was the starting quarterback, fans threw D batteries at him because they wanted rookie first round draft pick Donovan McNabb to play instead.

So it should not have been surprising that on Sunday, when Eagles fans were allowed back in Lincoln Financial Field for the Eagles game against the Baltimore Ravens, the fans’ conduct attracted just as much attention as the Ravens’ 30 to 28 victory.

During the game, a viral video on social media that racked up nearly two million views showed Eagles fans fighting with Ravens fans in the stands.

Eagles fans are back pic.twitter.com/kkbURTCjDh

2020 and the coronavirus pandemic upended every aspect of American life.

Activities and behaviors Americans once took for granted are restricted or outright banned.

But a video of Eagles fans fighting in the stands is the first real sign that American life is returning to normal.