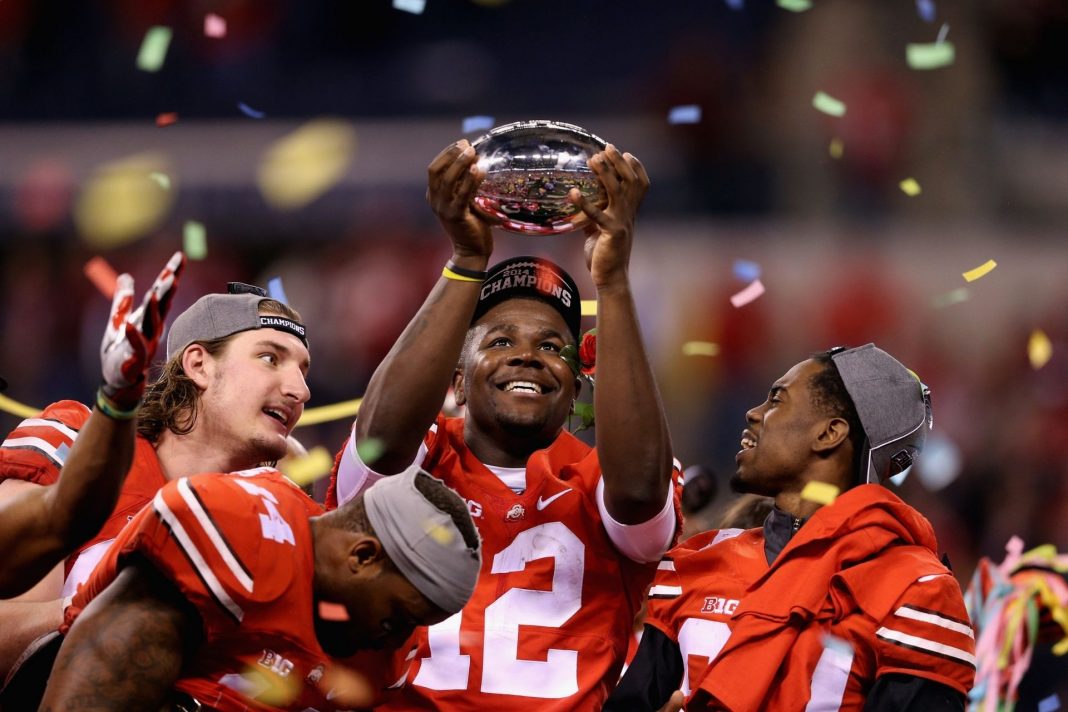 But this one phone call changed the 2020 football season for good.

As soon as the Big Ten canceled its football season over inflated concerns over the coronavirus back in August, the pushback began.

Harbaugh even marched on his own university’s president’s home in protest.

The Attorneys General of Ohio and Nebraska threatened lawsuits.

Protests only got louder and more vocal as the SEC, ACC, and Big 12 kicked off their seasons.

To try and facilitate a deal, Donald Trump called Big Ten commissioner Kevin Warren and pledged to help the Big Ten schools obtain access to rapid same-day testing by the end of September.

That call – as well as the pressure from players, parents, fans, and coaches – eventually paid off as the Big Ten announced on Wednesday that it had reversed course and would begin its season the weekend of October 23.

“Great News: BIG TEN FOOTBALL IS BACK. All teams to participate. Thank you to the players, coaches, parents, and all school representatives. Have a FANTASTIC SEASON! It is my great honor to have helped!!!” the President exclaimed.

“He talked to the commissioner,” Alvarez stated. “One of the things he did was make saliva tests available and show how returning to football in the Big Ten was important to him. How much of a factor he was, I think he drew attention to Big Ten football and had a solution.”

America needs to move past these lockdowns and return to normal life.

The Big Ten playing a football season will go a long way toward that.

Now fans are waiting to see if the PAC-12 will get its act together and play this year as well.