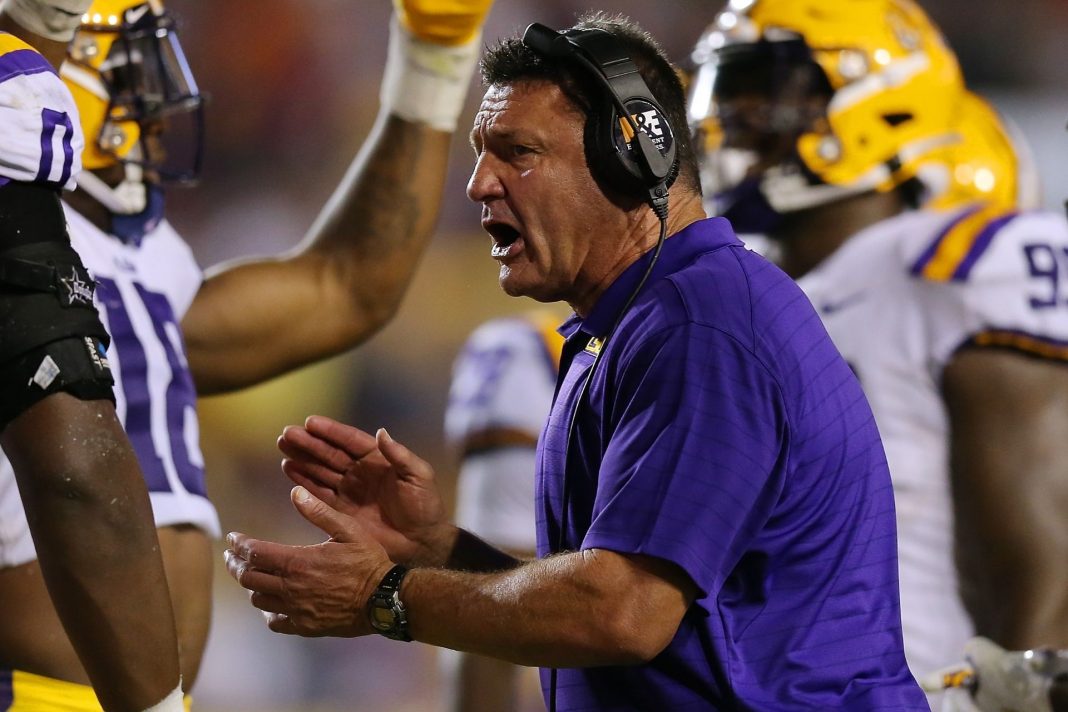 The college football season is entering Week 9, and for many teams a bowl game or playoff spot is within arms reach.

For others, the window has slammed shut – perhaps for longer than just this season.

And this one-time college football powerhouse is quickly falling apart as players and coaches head for the exits.

After winning the 2019 National Title, the Louisiana State Tigers have been in a freefall ever since (for SEC standards, that is).

As it stands, the Tigers are 4-4 overall, and 2-3 in their division, which is just plain awful for a team with such a high standard.

This rough start has led to Championship-winning head coach Ed Orgeron parting ways with the Tigers, and to make matters worse, quarterback Myles Brennan has announced he is entering the transfer portal.

For Tigers fans, it may seem like the sky is falling at this point.

Brennan, a senior, has played 18 games over the last 5 years at LSU. His passer rating over his 5 years at LSU averages out at 147.1, which is damn good.

Understandably, Brennan wants out, and has aspirations much bigger than college ball.

I will be a Tiger for life and will never forget the memories from my time in Baton Rouge. I am grateful for the support through the ups and downs from LSU fans and especially my incredible family. I look forward to what is next and finding the best fit to help me achieve my dream of being an NFL quarterback.

Although if you are a LSU fan, it is hard to imagine that these words mean much.

This departure is part of a recent trend of college quarterbacks college-shopping to boost their resume rather than staying committed to their school (such as Jack Coan of Notre Dame and Tyler Shough of Texas Tech).

This is very similar to the NFL’s ridiculous free agency system where NFL players have no team loyalty and often find themselves playing for a new team every other year (at least).

Only time will tell if this move will prove successful for Brennan’s football career, but one thing is for certain . . . all is not well in Baton Rouge.