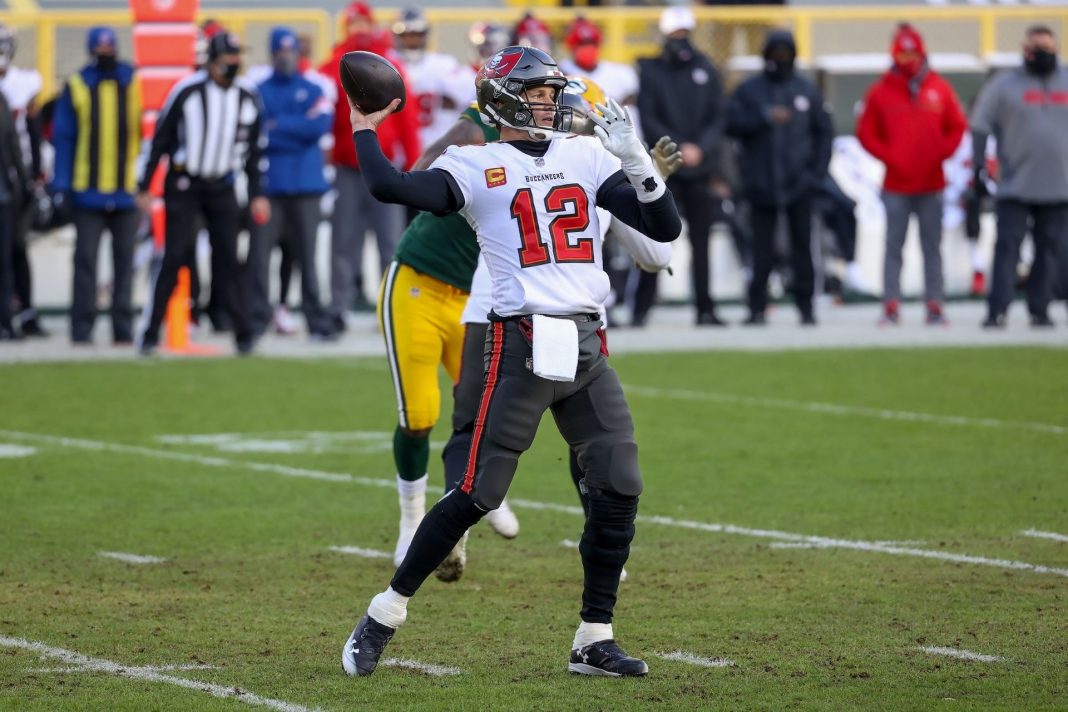 The week-four matchup between the Patriots and Buccaneers is definitely the most anticipated matchup of the upcoming NFL season.

It’ll be Tom Brady’s first game back in New England since signing with Tampa Bay, so needless to say, many are eager to see how Brady is received by the Patriot faithful now that he’s an opponent.

But as far as this Patriot is concerned, there will be “no damn ceremony” or celebration of Brady in his return.

Since Tom Brady signed with the Buccaneers prior to the 2020 season, and left New England after two decades with the Patriots, the two franchises have gone in opposite directions.

The once lowly Bucs, who hadn’t even made the playoffs over the past 12 seasons, are now the defending Super Bowl champions, while the Patriots won less than 10 games for the first time since 2002 and are now in rebuild mode.

So when the two teams face off in week four, a lot will be on the line not only for each team.

On top of that, many fans are also curious to see if the Patriots’ fans who worshipped Brady for two decades give him a warm reception in Foxboro, or if they choose to view him as a “traitor” for leaving the team and playing a role in their recent struggles.

If Patriots’ defensive tackle Byron Cowart has his way, though, the reception Brady receives from the Patriots’ faithful will be much closer to the latter than the former.

In a recent interview, Cowart acknowledged what Brady meant to the Patriots franchise and all that he accomplished for the team, but he was also quick to point out that Brady is now an opponent and he fully believes that he should be treated that way.

“He’s done a lot of things for this organization,” Cowart said on the Patriots Way Of Life podcast. “He’s coming back, but he’s coming back as an opponent, so I’m going to treat it like any opponent.”

Cowart also made it very clear that he’s completely against the Patriots organization doing anything special for Brady’s return.

“We ain’t welcoming him, we just got to play him,” Cowart continued. “There ain’t going to be no damn ceremony for him or nothing like that. They might clap for him, but there’s not going to be no – bro, this is our opponent. Bro, what? We like to win.”

Of course, Patriots owner Robert Kraft and the rest of the New England brass probably feel a little differently.

It would certainly be safe to assume that they’re probably going to lean more toward honoring the greatest quarterback of all-time that helped them win six Super Bowls than siding with a defensive tackle who’s played all of two seasons in the league.

At the end of the day, Cowart’s overall sentiment couldn’t be more correct – Brady is an opponent now, and he chose to leave New England when he could’ve easily tried to keep the dynasty alive.

The fact that Brady did so much for New England obviously should be acknowledged and appreciated, but the fact that Brady also chose to abandon the team should play a big role in just how over the top the Patriots and their fans are with their love of Brady right before they have to face him in a regular season game.

Only time will tell how this all plays out.