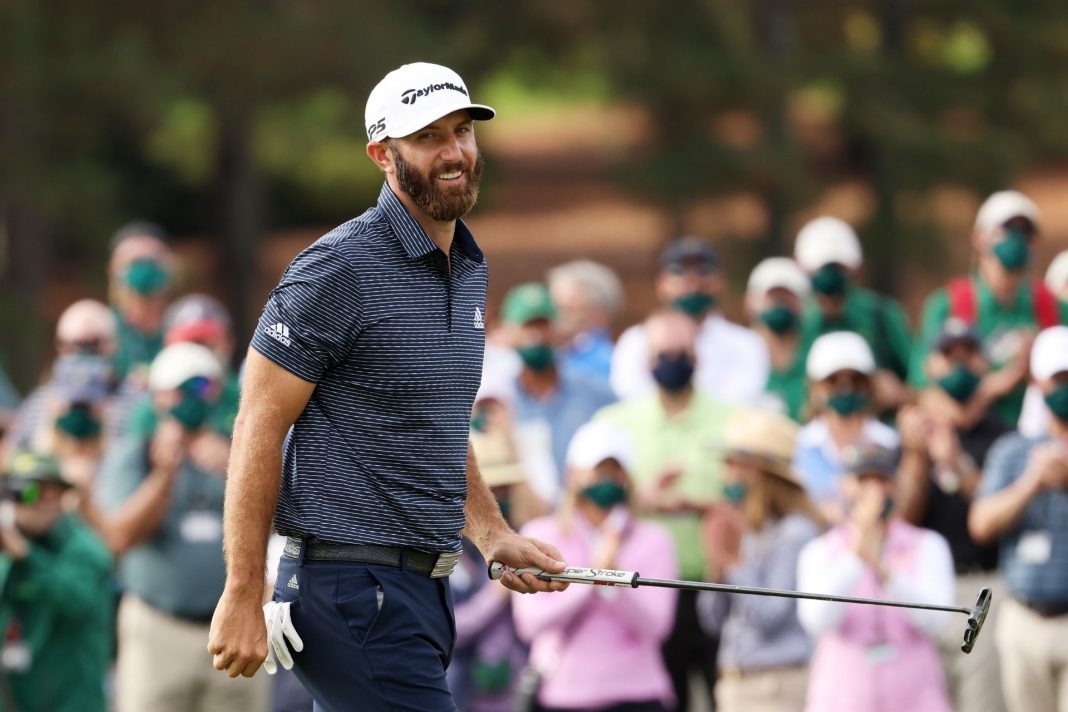 The coronavirus pandemic upended the world of pro and college sports.

And this positive coronavirus test caused all hell to break loose in one major sport.

One month ago, 36 year-old Dustin Johnson – the world’s number one ranked player on the PGA Tour tested positive for coronavirus.

On Sunday, Johnson won his first Masters – and first golf major since 2016 U.S. Open – by breaking the Augusta National Course record with a blistering 20 under par for the tournament.

Johnson beat the previous tournament’s low score set by Tiger Woods when Woods brought the famed course at August to its knees with a virtuoso -18 under par four round total that led the next closest competitor by 12 strokes, also a Masters record.

As per tradition where the previous champion celebrates the current winner, Woods – who won the 2019 Masters in one of the great comeback stories in sports history – presented Johnson with the famed “green jacket.”

Looks like we’re having sandwiches for next year’s champions dinner! Congrats @DJohnsonPGA and welcome to the club. pic.twitter.com/amOfc2kVXG

The Masters is traditionally played in April, but it was postponed because of the coronavirus outbreak.

Augusta National Golf Club held the tournament in November even as cases surged around the country and many in the media and so-called “public health” demanded new nationwide lockdowns to combat the virus.

Americans were thrilled to see the Masters return as the tournament is an iconic piece of Americana.

President Trump uses the famous golf phrase “rounding the turn” – which means heading into the final nine holes of a round – to describe America’s progress on the coronavirus.
The Masters returning and Dustin Johnson’s record breaking performance was yet another sign to Americans that the pandemic would soon be under control and life would return to normal.

WATCH: The moment when John Rahm hit a trick shot at The Masters you’ll never forget

COVID-19 could ruin one iconic golf tournament in 2020