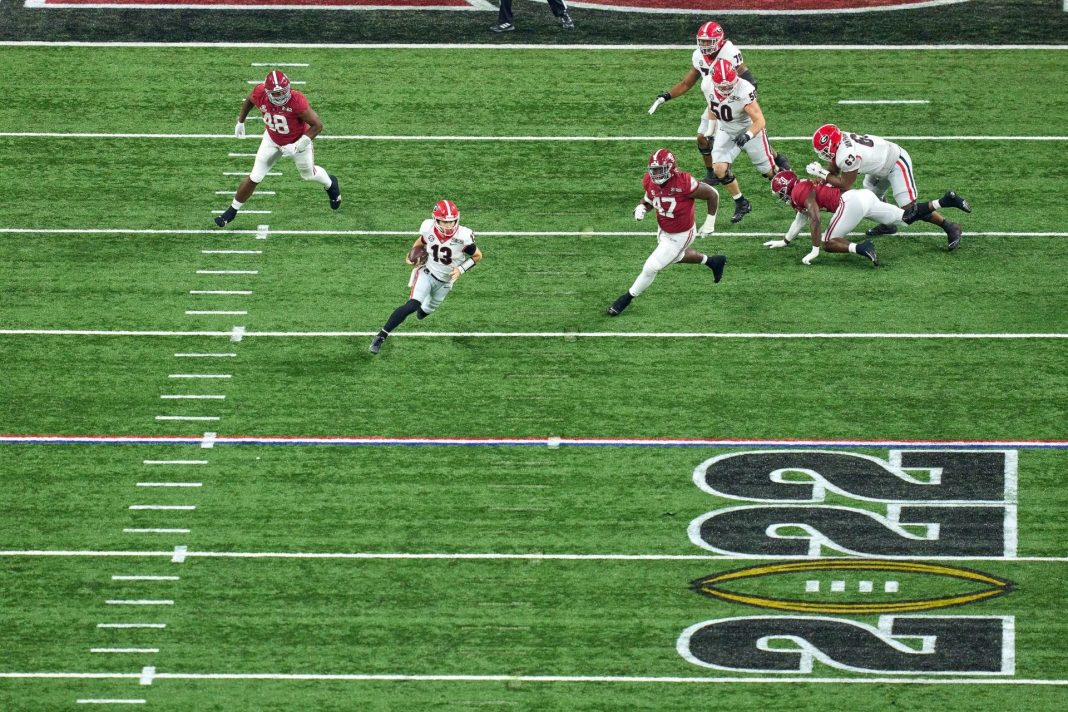 The College Football season ended with a championship game between the sports two biggest powerhouses.

But one player emerged as the standout story of the game.

And this quarterback just became a legend with a championship that no one saw coming.

Alabama defeated Georgia eight straight times since Nick Saban took over as coach, including wins in the 2017 College Football Playoff Title game and the 2018 and 2021 SEC Title games.

A dull game that started out as a field goal kicking contest exploded in the fourth quarter as Georgia scored three touchdowns in the last eight minutes of the game with the capper being Kelee Ringo’s 79-yard pick six with :54 seconds remaining.

“I told the guys in the locker room, just take a picture of this, because I think back to the ’80 championship picture and seeing all those players and the Frank Walkers and the Herschel Walkers and all these people that have reached out and said things,” Smart stated. “Our guys have accomplished that, something special, and as they say, they’ve become legendary, and I want that for them.”

The story of the game – however – was Georgia’s fifth year walk-on quarterback Stetson Bennett.

In a game littered with five-star recruits and pro prospects – there were reportedly 30 draftable players on the field Monday Night – it was Bennett who won the game’s offensive MVP.

Bennett – who couldn’t even earn a scholarship coming out of high school – turned into the real life Rudy leading his dream school to the title.

“I hadn’t cried in – I don’t know, years – but that just came over me,” Bennett stated. “That’s what – when you put as much time as we do into this thing, blood, sweat, tears, it means something.”

Bennett completed 17 of 24 passes for 224 yards and two touchdowns including a go-ahead 40 yard bomb to Adoni Mitchell.

Saban added, “I’m really proud of him. And I’m proud of the way he’s been able to coach his team and the consistency that they’ve played with all year.”