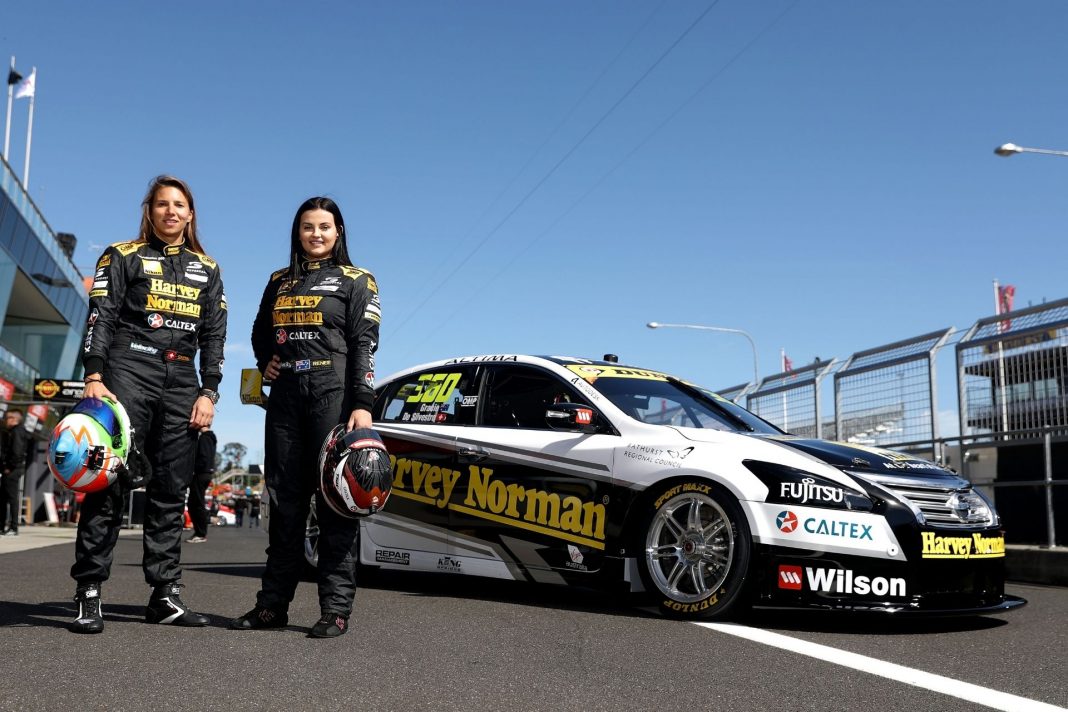 If you talk to most any racer who doesn’t win consistently at the sport’s highest level, they’ll tell you they didn’t have more success because of a lack of funding.

And that’s exactly what this Australian racer is now claiming after she was forced to retire form the sport after years of terrible results dried up all her funding.

The only difference is she went on to join a little site called OnlyFans, and is now looking to buy her own team to prove that her pathetic track record wasn’t due to her lack of talent.

And during that time, despite running for teams and owners who had plenty of success in the discipline, like Paul Morris Motorsport, which was obviously run by supercar legend Paul Morris, she never finished higher than 12th in a single race.

Ultimately, the lack of results dried up the funding she did have available to her, forcing her to retire from the sport in 2017.

But since then, Gracie has had a bit of a renaissance, and funding for a race team is much easier to come by thanks to the millions of dollars she’s supposedly made through the content subscription service for “content creators” known as OnlyFans.

Now, Gracie is looking to spend around $1 million of the money strangers on the Internet paid her for nude photos and videos in an effort to make a comeback to the sport.

In a recent interview with the Daily Telegraph, Gracie explained that she will be using the money to purchase her own supercar team as part of her plan to race in next year’s iconic Bathurst 1000 at the Mount Panorama Circuit in Bathurst, Australia.

“I am looking to buy my own team,” Gracie said. “I get offers every second day to go and race in somebody else’s car. There are lots of opportunities and options keeping the hope and the dream alive, but I would like to do it myself.”

Admittedly, her claim that she gets a call every other day to drive a race car for someone else really strains credulity.

There is zero chance that she is receiving calls that frequently about racing for anyone, mainly because of her aforementioned career statistics that leave more than a lot to be desired from a competition standpoint.

On top of that, there’s no legitimate professional race team out there calling a driver that’s been out of the sport since 2017 to go hop in their car, especially when said driver never came close to even finishing in the top-10, much less competing for a win.

Even NASCAR’s Carl Edwards – who shocked the racing world when he retired early in 2016 and is still young enough to be competing in the Cup Series today – isn’t getting calls left and right for him to go and race in NASCAR again.

If someone, literally anyone, wanted Renee Gracie behind the wheel of their car, she wouldn’t still be out of the sport, and there wouldn’t have been a years long gap between her final race and the beginning of her OnlyFans career.

Those are just facts.

But at the same time, you do have to give Renee Gracie some credit.

After her racing career was pronounced dead by literally everyone else, she went out and found a way to not only earn a living, but also to be able to make the type of money that now allows her to drop $1 million on her own race team, if that’s what she wants to do.

There’s a very slim chance that she actually pulls off not only buying her own team, but also making the field for the Bathurst 1000 – one of the biggest, most prestigious, and treacherous races in the world – by next year.

In order to do that she’d have to be given a “wildcard” spot on the grid, which means she wouldn’t have to compete in any of the other rounds of the Supercar Championship, and that’s just not going to happen.

The sport only hands out a select number of wildcards every year at Bathurst, and they’re generally always reserved for past champions or other superstar talents.

Regardless, there’s little denying the fact that if Renee Gracies does figure out how to pull all of this off, she’ll have plenty of eyeballs on her.

Of course, she’s probably gotten used to that at this point.