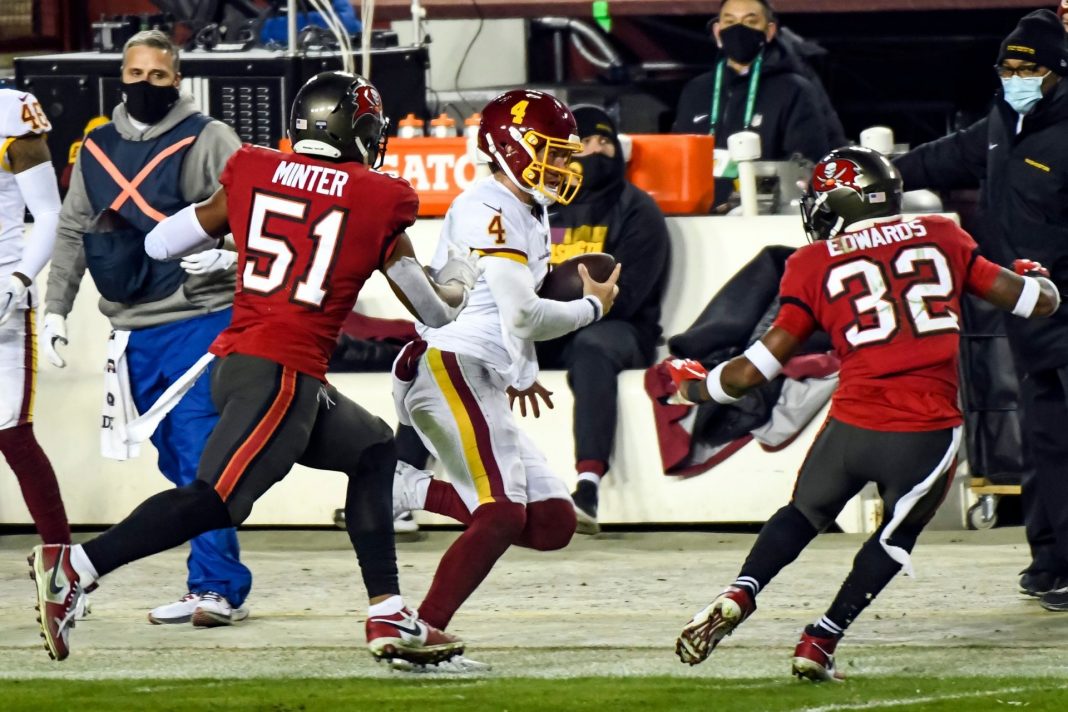 Good quarterbacks are hard to come by in the NFL.

And when teams find their franchise quarterback they do whatever they can to keep them.

But this rising NFL quarterback’s career could be over after the Left attacks him for his conservative views.

The name of the game for the NFL is all about getting wins.

And nearly every winning team has a good quarterback to guide their offense down the field.

And teams will do anything they can to keep their good quarterback and make them their franchise quarterback.

Just look at how the Kansas City Chiefs signed Patrick Mahomes, the league’s most talented quarterback, to a 10-year half-a-billion dollar contract this past year.

And one team that desperately needs to find their franchise quarterback is the Washington Redskins.

But even though their playoff game this past weekend they might have found just who they needed to be their quarterback.

Taylor Heinicke, the rookie from Old Dominion University came into the game and completed 26 of 44 passes for 306 yards, one touchdown and one interception for Washington.

Not to mention this crazy rushing touchdown.

PUT TAYLOR HEINICKE IN THE HALL OF FAME pic.twitter.com/vtXXPDwYFC

But after the game when all looked good for Heinicke and Washington he started to get attacked by leftists on social media for being a Trump supporter and for comments against Black Lives Matter.

Taylor Heinicke defended Trump’s racist attack on AOC and the squad as “sticking up for himself” and found it “refreshing.” Taylor said AOC and the squad play “the race card,” but Trump doesn’t mean to come across as racist.

Now with leftists attacking him ruthlessly, Taylor Heinicke’s future in Washington, and the NFL, seems in doubt.