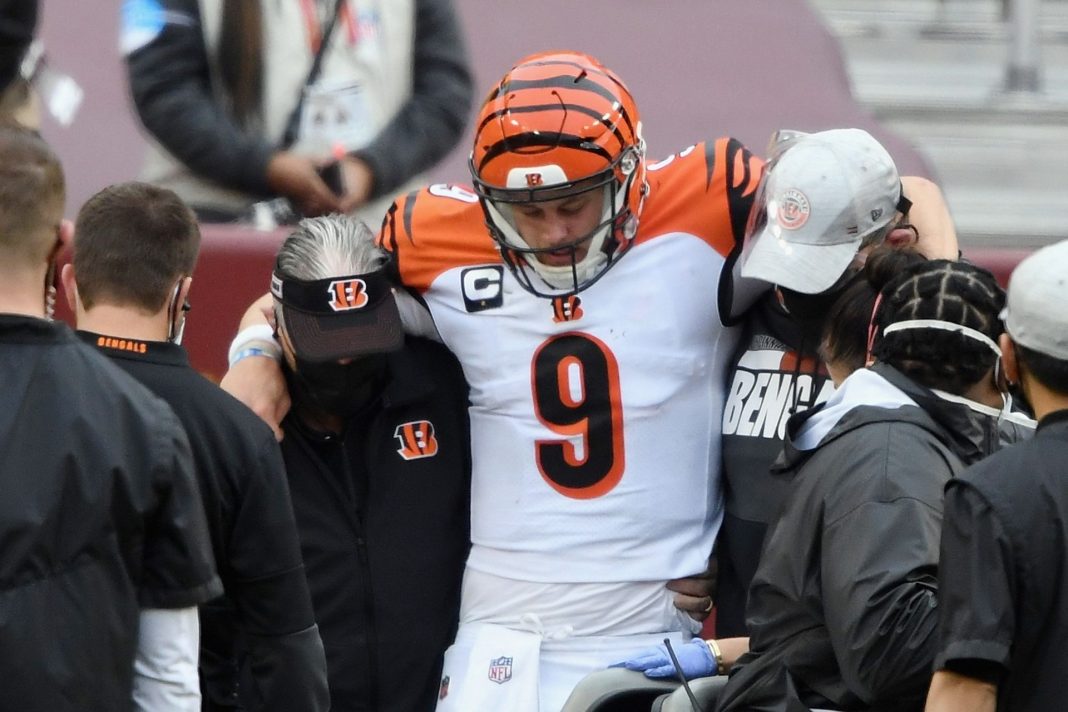 The NFL has been plagued with major injuries.

And many players have gotten season ending news.

But this rising NFL star just got news that his career could be over.

First, they have to deal with unworkable government enforced restrictions about coronavirus.

Then they have had to reckon with the fact that viewership is at an all-time low as well as revenue.

But many teams also keep losing key players up and down the roster to injuries.

The Dallas Cowboys lost their star quarterback in Dak Prescott and New Orleans lost future Hall of Famer Drew Brees for many weeks.

But at least these players are planning on coming back to the league.

Rising rookie Joe Burrow’s future for the Cincinnati Bengals is up in the air after he suffered a brutal injury.

As Sports with Balls previously reported, everyone knew it was season ending when he got tackled by numerous Washington Redskin players and he blew out his knee.

This Joe Burrow injury is brutal. It pops out and then back in. 🥴 pic.twitter.com/AMWVZvgIud

But now it’s clear just how bad his injury is.

According to Pro Football Talk, “Burrow will have reconstructive surgery, and it’s unclear whether he’ll be ready to go in nine months when the 2021 regular season is getting started.”

And ESPN’s Adam Schefter tweeted out that, “MRI revealed more damage than anticipated: Bengals’ QB Joe Burrow tore his ACL, MCL, and suffered other structural issues in his knee as well, per @Ben_Baby and me.”

MRI revealed more damage than anticipated: Bengals’ QB Joe Burrow tore his ACL, MCL, and suffered other structural issues in his knee as well, per @Ben_Baby and me.

Joe Burrow came out of LSU with some crazy stats.

Burrow left Baton Rouge with 76 touchdowns, a passer rating of 173, and the Heisman Trophy.

And just in 10 games with the Bengals, Burrow had a respectable 13 touchdowns and 2,600 passing yards.

Now, Burrow will have a long and hard road to recovery and hopefully he can continue his track of success whenever he makes his appearance again in the NFL.