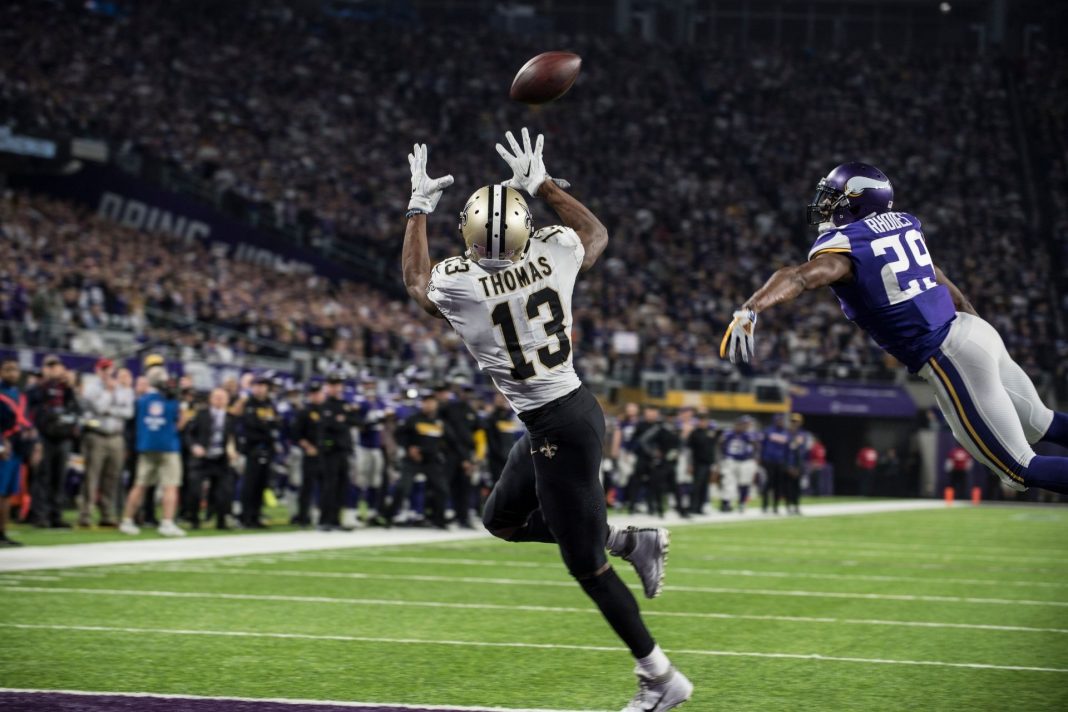 We undoubtedly live in a “me” culture, where it’s spectacularly rare to find anyone who puts others before themselves – everyone wants to get theirs.

Professional sports might just be the epitome of this phenomenon, as countless athletes these days only care about individual achievements.

So when someone goes against that trend – like this New Orleans Saints wide receiver who played the entire season through injury for an incredible reason – we should take note.

On Sunday, the Saints season ended in the divisional round of the NFL playoffs after they were defeated by the Tampa Bay Buccaneers, 30-20, in what was viewed by many as an upset.

And if reports are true, it may have marked the end of Saints quarterback Drew Brees’ legendary career.

Prior to Sunday’s game, Fox NFL insider Jay Glazer reported that the matchup with the Buccaneers would be Brees final game in the Superdome.

.@JayGlazer: Today will be Drew Brees' last game in the Superdome. pic.twitter.com/7ecSRUswFL

Brees has yet to confirm whether or not he has played his final game, but at least one of his Saints teammates has thought all along that this could have been his quarterback’s final season.

In 2019, Saints wide receiver Michael Thomas set the NFL on fire, racking up more than 1,700 receiving yards and scoring nine touchdowns with Drew Brees at quarterback.

But 2020 wasn’t as kind to Thomas, as he injured his ankle during week one, which put him on the sidelines for multiple weeks, and as he was working to return to the field with his team, he injured his hamstring delaying his return until week nine.

The problems didn’t stop there, though, as Thomas’ ankle continued to be an issue all season before he went on injured reserve in December, ending his regular season, but leaving open the possibility that he could play in the playoffs.

While most players in the NFL today would have ended their season early, and certainly wouldn’t have come back to play in the playoffs as Thomas did, the Saints wide receiver battled through those injuries all season, often times sitting out of practice all week just so he could get his body in a position where he could gut it out with his team on Sunday.

And, according to reports, he did it all because he knew that this could be Drew Brees final NFL season and he didn’t want to miss out on trying to help Brees win one final Super Bowl.

Saints’ WR Michael Thomas is likely to have surgeries on both the torn deltoid and other injured ligaments in his high ankle this offseason, per source. He knew it was likely Drew Brees’ last year and didn’t want to miss out trying win a Super Bowl with him.

Let this sink in for a moment – Michael Thomas, a young star with seemingly boundless, Hall of Fame caliber potential battled through painful injuries all season, and will undergo multiple surgeries this offseason, simply because he wanted to play for Drew Brees and help Brees go out on a high note.

Thomas, and no one else for that matter, even really knows if this is going to be Brees’ final season.

There’s a decent chance Brees could return next season.

But Thomas cared enough about his teammate, and entire team for that matter, to put aside his personal struggles and make the sacrifices necessary to be there when he was needed.

At the end of the day, in a world where egos fuel virtually every aspect of professional sports today, Michael Thomas showed there’s still athletes who care about something other than themselves.

It simply doesn’t get any better than that.