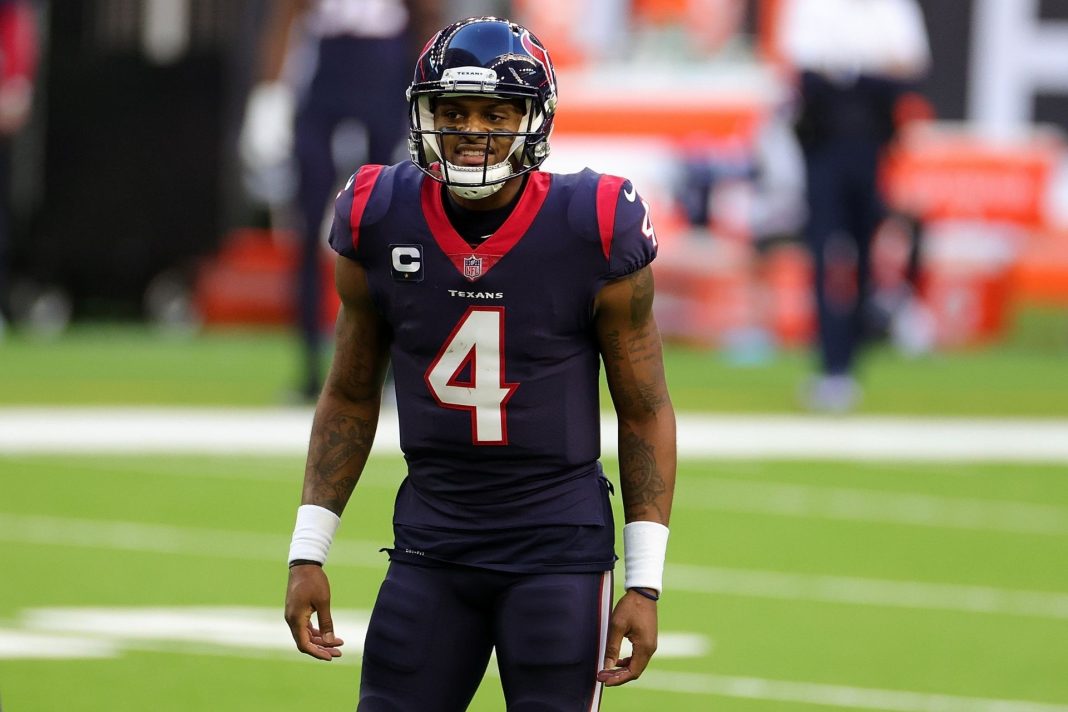 The NFL offseason is underway as free agents are beginning to sign with new teams.

But one franchise has just been thrown into chaos.

And this star quarterback is facing a sexual assault charge that could cost him everything.

Houston Texans star quarterback DeShaun Watson is already refusing to report to the team and is demanding a trade.

Watson is furious over the process by which the Texans hired their new general manager.

Now the Texans and Watson have another headache on their hands.

I am extremely proud to represent those who have no perceived power against those who have PERCEIVED power. Things are changing in this country, in this great state, and in this great city. And I feel like it’s for the better, for all of us! Today we filed suit against Deshaun Watson. Too many times women have put up with behavior that we all know no one should put up with. Should we make excuses for the famous? Or those who hold special positions, or quarterbacks on a local professional football team? I don’t think so!

All people are equal, and all deserve dignity and respect. My dad was a butcher. My mother drove my school bus and worked in the snack bar. Knowing what I know now: My momma had more dignity in her pinky finger than most executives or coaches or politicians or famous athletes have in their whole bodies! This case we just filed against Watson isn’t about money—it’s about dignity and stopping behavior that should be stopped, NOW! Stay tuned for details. LET ME SAY THIS. I’m a Marine. I’m not easily intimidated.

Watson denied the allegation on social media and blasted Buzbee as a “publicity seeking plaintiff attorney.”

In today’s “Me Too” climate, allegations such as these are always treated seriously by teams and sports leagues.

There is no indication Watson faces any disciplinary action over the allegation.

But it is a story that teams looking to trade for Watson will follow closely.