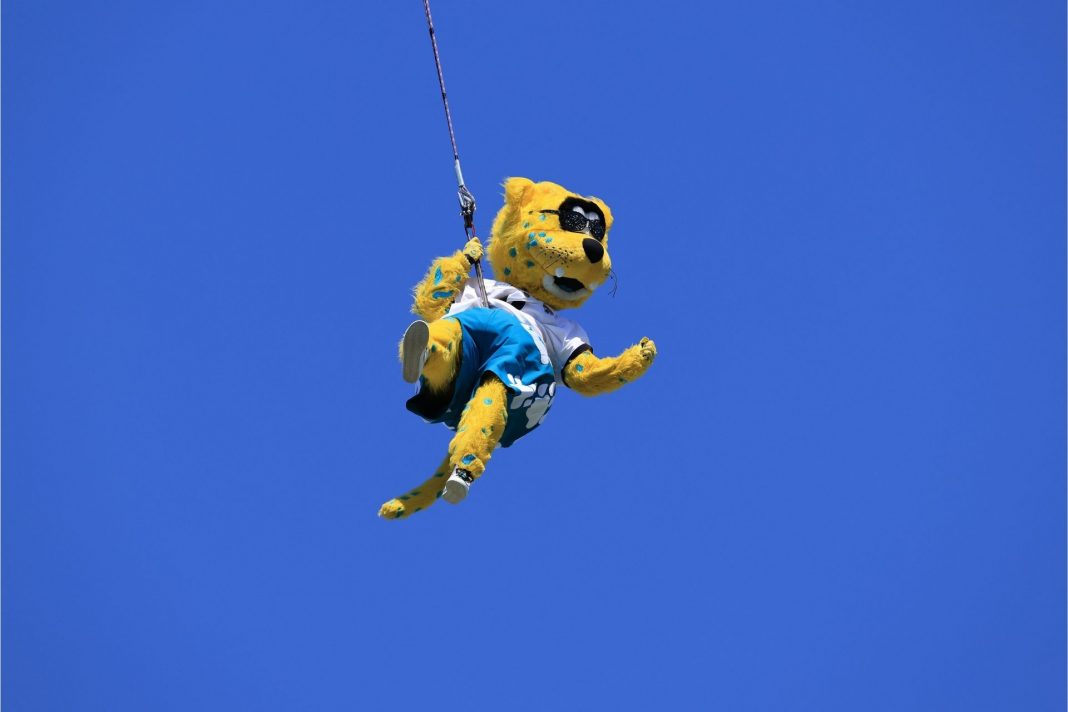 For Jacksonville Jaguars fans, this year has been a major disappointment.

Despite hiring Urban Meyer as their new head coach and drafting elite college quarterback Trevor Lawrence first overall this year, the Jags sit at an embarrassing 2-9.

But things got even more embarrassing for Jaguars fans at Duval last Sunday when their mascot’s attempted stunt did not go as expected.

Before last Sunday’s home game against the Atlanta Falcons, the Jaguars beloved mascot, Jaxson de Ville, attempted to make a death-defying stunt in front of the Jacksonville home crowd…

A backflip from the top of the stadium while tethered to a bungee cord.

If successful, this would have been a move that would etch Jaxson de Ville in mascot history.

But unfortunately, this stunt did not go as planned.

Easily one of the most dedicated mascots in the NFL 💪 🤣@Jaguars | #DUUUVAL pic.twitter.com/kDrgt8aF7h

As you can see, Jaxon de Ville was successful in making the leap and the back flip, but he did not have enough momentum to bungee back up to his podium, leaving him dangling high above the fans.

This led to a successful rescue operation, and luckily nobody was hurt.

But man, what an embarrassment. Fortunately, Jaxson played it off well.

But from a larger perspective it is hard to not correlate this failure to the utter failure that is the Jacksonville Jaguars franchise this year.

From the awful on-field performances from the Jaguars, to the scandal-ridden coaching staff (primarily Head Coach Urban Myer’s now infamous sabbatical in Columbus with a blonde co-ed), the Jaguars are an absolute mess.

This Sunday, the Jaguars face off against the Los Angeles Rams in a matchup that can best be described as tilted.

The Jags will need to give it everything they got if they hope to upset the Rams.

Let’s just say the Jaguars franchise, and in this case Jaxson de Ville, are quite literally hanging on by a thread.