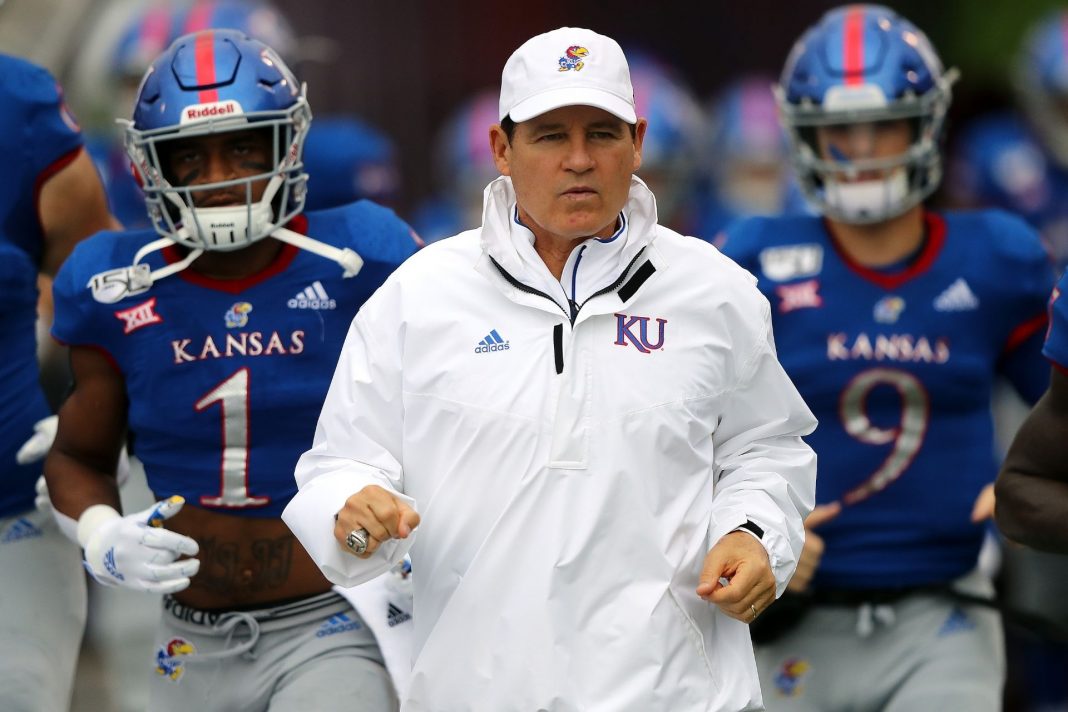 In today’s climate, any misstep is a fireable offense.

One big name just learned that lesson the hard way.

And this top football coach just got fired over these secret relationships with female students.

The University of Kansas fired head football coach Les Miles after Miles’ previous employer – Louisiana State University – released a 148-page report about allegations of sexual misconduct by Miles during his tenure at the school.

This report came on the heels of a 2013 internal investigation at LSU, which found that Miles contacted female students via Facebook and text and met them alone at off campus locations.

A report performed by the law firm of Taylor Porter debunked allegations that Miles inappropriately touched anyone.

But a second report by the law firm Husch Blackwell found LSU did not properly report and handle allegations of sexual misconduct while Miles coached LSU.

That was enough for Kansas, which fired Miles even though there were no allegations against him at KU.

“I am extremely disappointed for our university, fans and everyone involved with our football program,” athletic director Jeff Long explained. “We will begin the search for a new head coach immediately with an outside firm to assist in this process. We need to win football games, and that is exactly what we’re going to do.”

Coach Miles expressed his disappointment in his coaching career ending in disgrace.

“This is certainly a difficult day for me and for my family,” Miles added. “I love this university and the young men in our football program. I have truly enjoyed being the head coach at KU and know that it is in a better place now than when I arrived.”

At LSU, Miles was known as one of the top recruiters in the country.

LSU won the 2007 national championship on his watch and routinely saw players drafted in the first round as LSU regularly placed in the top ten in the college football polls.

But now all of that will be forgotten and the final word on Miles’ coaching career was that he was a creepy old man that made young women feel uncomfortable.