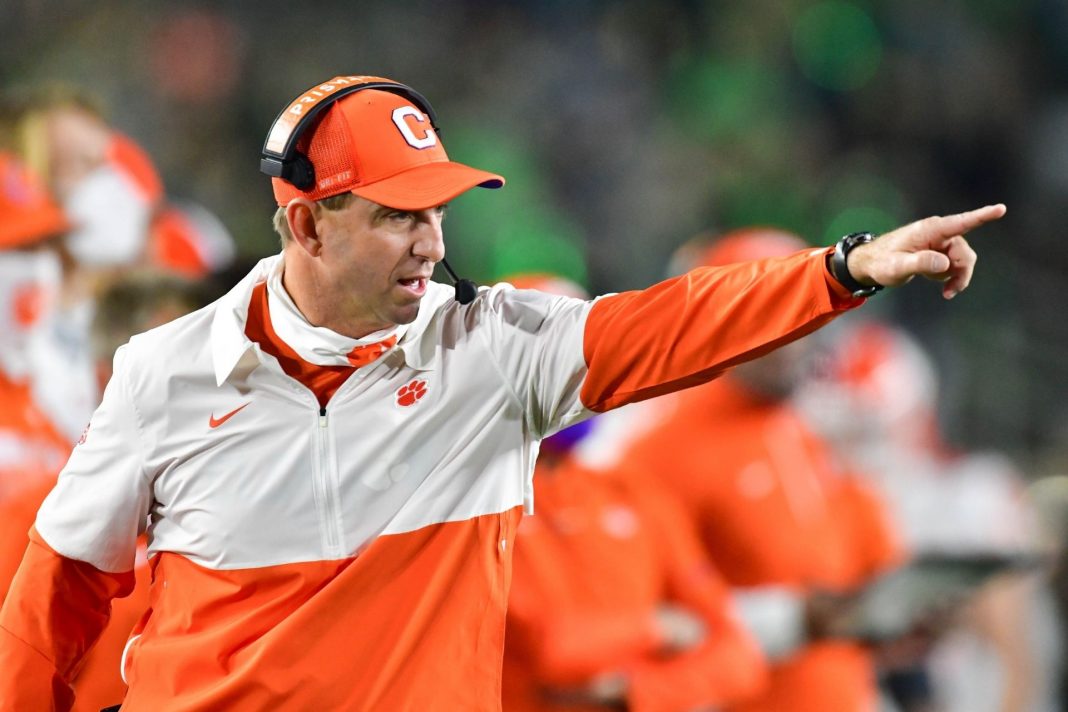 The coronavirus has put a damper on the entire sports calendar.

And this top coach leveled a stunning accusation against a bitter rival.

Clemson Tigers head coach Dabo Swinney was upset after the Florida State Seminoles postponed their matchup on gameday after Clemson had already made the trip to Tallahassee.

Florida State claims that they backed out after a Clemson player who traveled with the team tested positive for COVID-19.

However, Swinney was not buying that excuse.

He said in an interview with The Athletic:

The Tigers were champing at the bit to play after losing a heartbreaker to Notre Dame when star quarterback Trevor Lawrence had to sit out due to COVID.

Meanwhile, the Seminoles are in the throes of their worst season since the mid-1970s.

Florida State sits at 2-6 with one of their wins coming against FCS opponent Jacksonville State, and they trailed in that game well into the third quarter.

They haven’t been particularly competitive in their losses, either; the Seminoles have lost by 16 (twice), 24, 32, and 42.

They have also endured a spate of injuries and opt-outs from top contributors.

Florida State head coach Mike Norvell is in his first year with the team, and he isn’t eager to experience another beatdown, which is a near certainty given the current talent disparity between them and Clemson.

There’s still a chance the game could get moved to December 12, one week before the ACC Championship game.

For that to happen, Florida State would have to agree to travel to Clemson, or pay for Clemson’s travel, which was roughly $300,000.

Whether or not the game gets played, the rivalry between Clemson and Florida State just got a lot spicier.

Swinney won’t hesitate to run up the score on Norvell and the Seminoles if (when) he gets the chance.