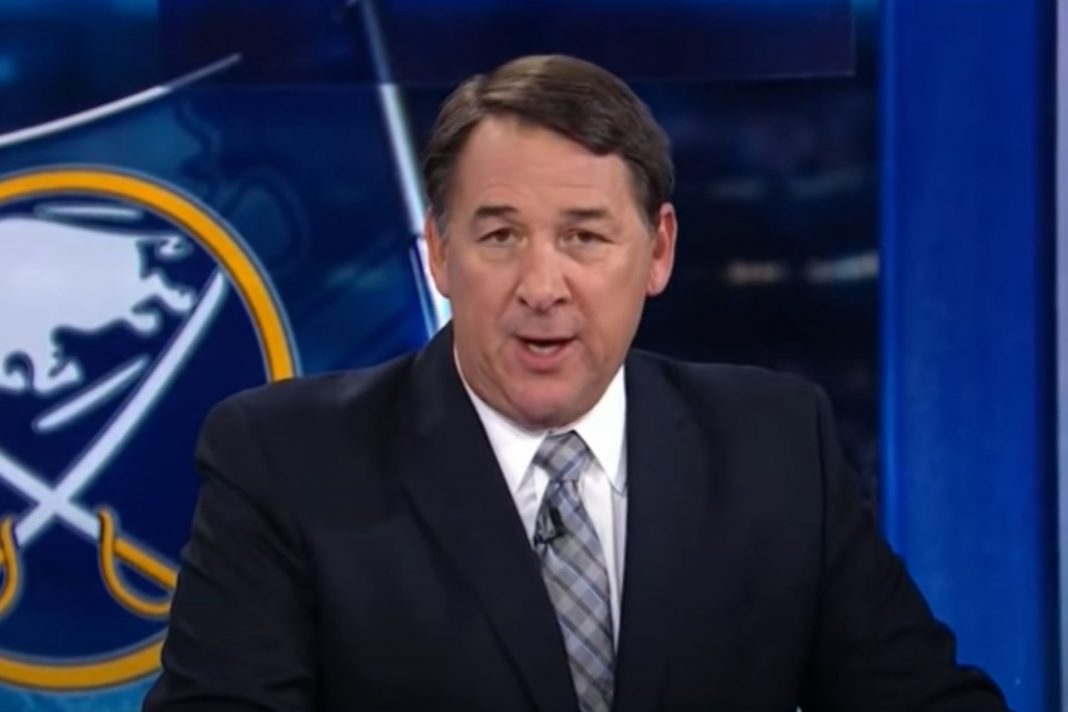 Sports leagues are adjusting on the fly to quirky new systems in an effort to finish seasons interrupted by the coronavirus.

And Round Two of the NHL’s Stanley Cup playoffs are kicking off inside the Toronto bubble.

But this top NHL analyst found himself sidelined for the rest of the playoffs for an outrageous reason.

NBC Sports analyst Mike Milbury decided to step away from NHL broadcasts for the remainder of the playoffs after the “woke” outrage mob came for him on social media.

He cracked a quick joke about there not being any women inside the Toronto bubble to distract players – presumably he meant, outside of the game – though there was the woman who flashed her boobs next to the glass *after* the Washington Capitals won their first Stanley Cup . . .

The remark came during a discussion about life inside the bubble between Milbury and his cohost Brian Boucher.

“If you think about it, it’s a terrific environment with regard to — if you enjoy playing and enjoy being with your teammates for long periods of time, it’s a perfect place,” Boucher said.

That’s when Milbury stepped in it, replying, “Not even any women here to disrupt your concentration.”

Take a listen for yourself.

The NHL condemned the remark as “insensitive and insulting,” despite the fact that many of these professional athletes are young and single with too much money and during a normal hockey season would absolutely be spending their free time out looking for women in bars or clubs.

A statement from the National Hockey League. pic.twitter.com/YCOTcoaK5l

NBC Sports said, “We’re disappointed about Mike’s insensitive comment and have addressed it with him.”

Milbury said, “I sincerely apologize for making the comment. It was not my intention to disrespect anyone. I was trying to be irreverent and took it a step too far. It was a regrettable mistake that I take seriously.”

That’s when Milbury went on to announce he was stepping aside for the rest of the playoffs, saying “In light of the attention caused by my recent remark, I have decided to step away from my role at NBC Sports for the remainder of the Stanley Cup Playoffs. I do not want my presence to interfere with the athletes as they try to win the greatest trophy in sports.”

Our Sports with Balls team of analysts see this as just another example of caving to the woke outrage mob, albeit this time pissed off feminists instead of BLM activists.

What do you think? Did Mike Milbury actually do anything wrong? Vote in our poll below and share your thoughts with us on Twitter @SportswBalls.