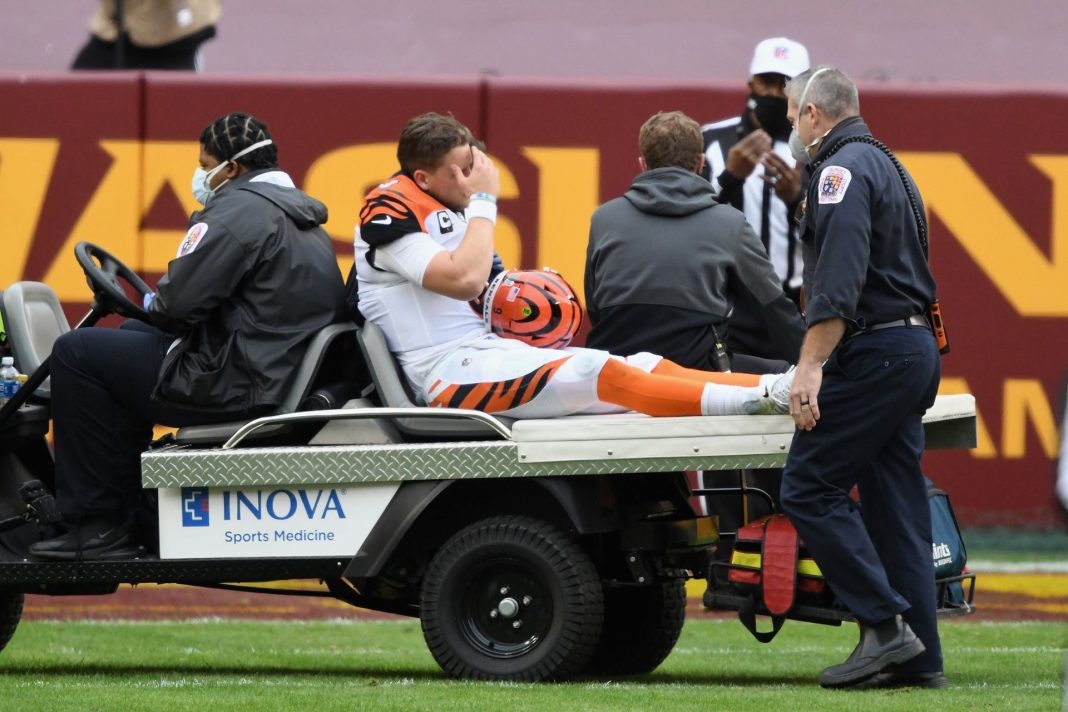 And now this top Quarterback said the four words that no fan wanted to hear.

The Cincinnati Bengals took homegrown hero Joe Burrow with the number one pick in the 2020 NFL draft.

Burrow – who hailed from Ohio – completed the most celebrated season of any player in college football history when he led LSU to a perfect 15-0 record, a national championship and won the Heisman Trophy.

The Bengals have not won a playoff game since 1991 and fans thought the franchise – commonly known as the “Bungles” – finally hit pay dirt in selecting Burrow.

And through the first nine games of the season Burrow showed the promise and production that led many fans to think better days were ahead for Cincinnati as Burrow placed tenth in the league in passing yards while completing 65 percent of his passes for 134 touchdowns against only 5 interceptions.

But in the Bengals week 11 contest against the Washington Redskins (that’s their name for real football fans, no matter what) Burrow was carted off the field with a lower leg injury.

After the game Burrow confirmed everyone’s worst fears when he revealed he was done for 2020 announcing “see ya next year.”

Thanks for all the love. Can’t get rid of me that easy. See ya next year✊

For Cincinnati fans, this brought back bad memories of the 2005 playoff game against the Pittsburgh Steelers where their star quarterback, Carson Palmer, destroyed every ligament in his knee in a gruesome injury.

The Bengals selected Palmer with the number one pick in the 2003 draft and built a young core around him that saw the Bengals make the playoffs for the first time since the 1990 season.

That injury set the Bengals franchise back years and Bengals fans are hoping to avoid a similar nightmare scenario after the injury to Burrow.