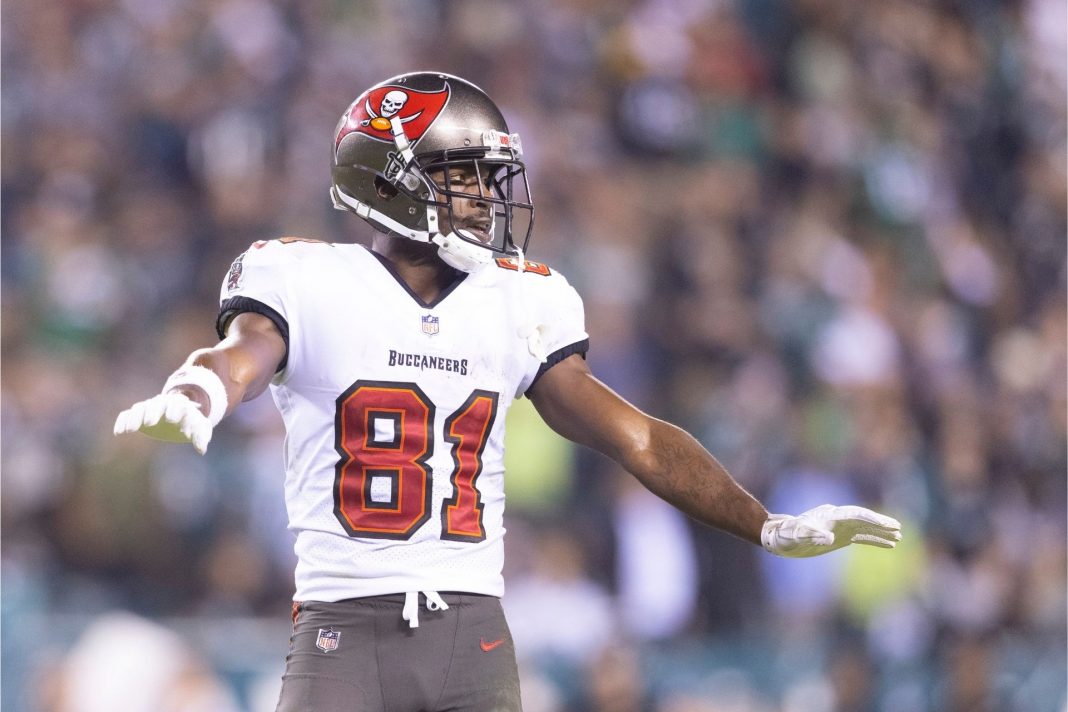 Who is vaccinated for COVID and who isn’t unfortunately is what professional sports has devolved to this season.

What should be considered a personal health decision is now headline news.

But for one troubled wide receiver, the plot is getting a bit more complicated…

Antonio Brown is yet again finding himself in the midst of controversy after reports emerged of him asking to have a fake COVID vaccine card produced for him for $500.

Brown is no stranger to controversy.

After moving to Las Vegas (where he did not start a single game) at the height of his career, he saw a cataclysmic decline in his performance.

Reports of abuse, diva locker room antics and an over inflated ego nearly cost him his career.

But luckily for Brown, legendary Quarterback Tom Brady saw promise in him and took him under his wing . . . leading to Brown getting a Super Bowl ring last year with the Tampa Bay Buccaneers.

But his status on the team is all in jeopardy if these reports of Brown trying to obtain a fake vaccine card are true.

According to the report, Brown had his girlfriend contact his former personal chef, asking him to create the fake card for $500.

However, Brown claims that this is all nonsense.

According to Brown, the chef is nothing more than a disgruntled former employee who is mad about an unsettled $10,000 food bill.

Hard to blame the man on that one.

Brown also claims to be vaccinated and has even offered to get his COVID booster shot on TV as proof of his vaccination status.

Nonetheless, the NFL has come out saying they will look into the matter.

As we all know the NFL does not play around when it comes to this (what should be) personal health decision.