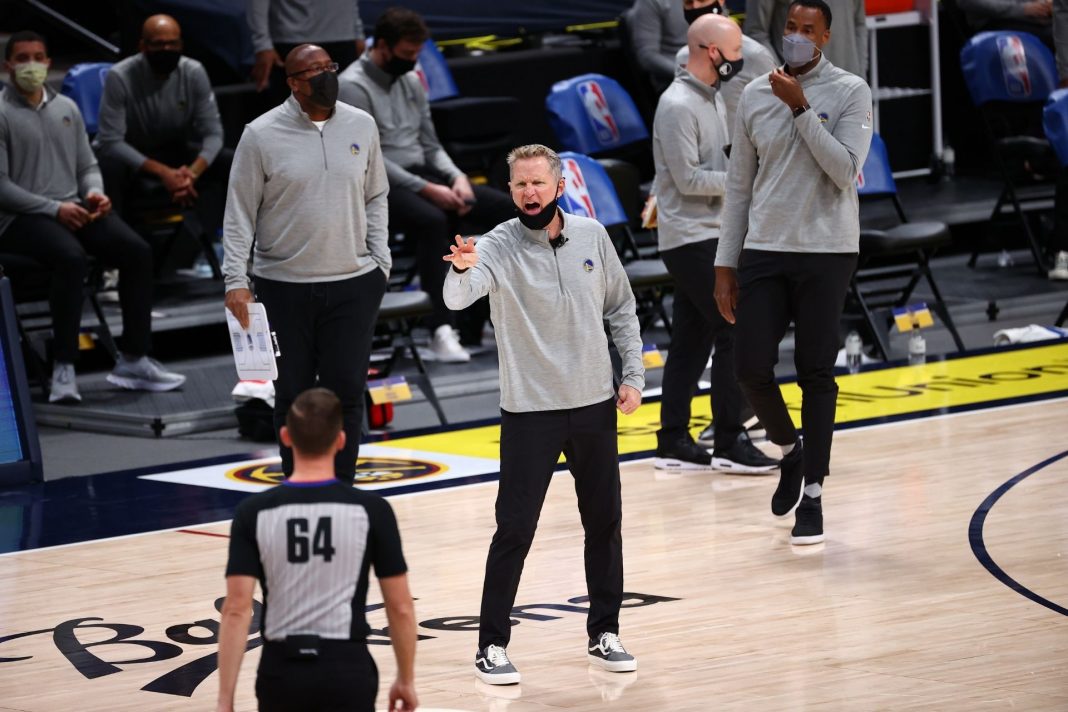 The NBA tried to get politics out of basketball this season.

And now this Trump-hating NBA coach just said nine words about politics that blew up in his face.

Golden State Warriors head coach Steve Kerr is back on his political soapbox.

After being too afraid to condemn the communist Chinese for their genocide of Uyghur Muslims, Kerr has suddenly rediscovered his political “courage” and ranted about wanting to take people’s guns away following the terrible tragedies in Boulder and Atlanta.

Kerr first started by saying it was important to say the names of the victims.

“The reason to do it is to remind people these are human beings,” Kerr stated.

Kerr – whose father was murdered by Islamic terrorists while serving as the President of American University in Beirut – explained why he thought naming the victims was important.

“It’s important to humanize the victims, and not just count them. Too often, you pick up a story and you just read there were eight victims or 10 victims, whatever the number is,” Kerr added.

But then Kerr flew off the rails by falsely claiming that gun owners were willing to accept mass casualty events as “the price of freedom in terms of owning guns.”

“If we don’t humanize it, it just continues to be a statistic and it makes it much easier for the idiots out there to say, ‘This is the price of freedom in terms of owning guns.’”

Kerr then claimed that it was “possibly the dumbest expression I’ve ever heard in my life.”

But the state of Colorado – where the latest tragedy took place has every item on the gun grabbers wish list.

And all the gun control in the world failed to stop this senseless killing.

When you disarm the law-abiding citizens only the criminals will carry guns.