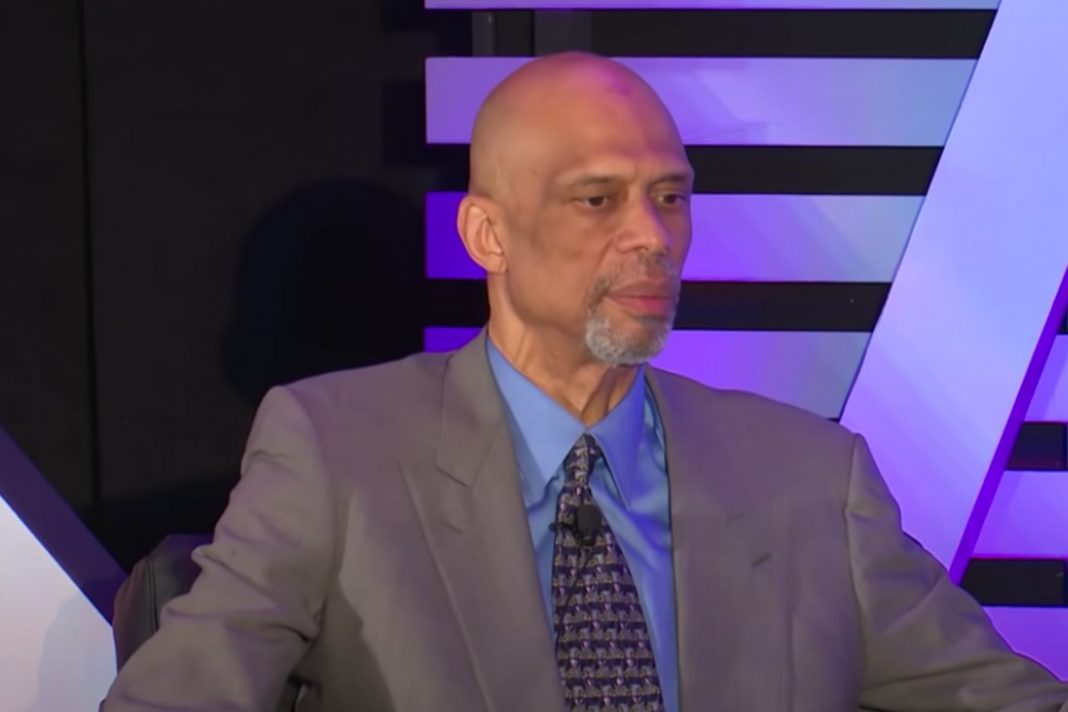 The intersection of politics with sports and entertainment is alienating many fans.

But that isn’t stopping athletes and actors from speaking their mind.

And now a Trump-hating NBA star had one shocking message to Hollywood celebrities.

NBA Hall of Famer Kareem Abdul-Jabbar is one of the legendary figures in the history of American athletes.

Abdul-Jabbar was so unstoppable in college that the NCAA outlawed dunking in an attempt to level the playing field.

After retiring from the basketball following a defeat in the 1989 NBA finals Abdul-Jabbar refashioned himself as a social commentator and leftwing political activist.

Because Abdul-Jabbar developed the unstoppable sky hook, outlets believe he is an important thinker offering a perspective on America that the public needs to hear.

“Social media companies have begun slapping warnings on some messages that are false, incite violence or cause harm to society. But this needs to be done with more consistency and vigilance,” Abdul-Jabbar claimed.

Ironically, Abdul-Jabbar claimed this censorship was necessary because athletes and entertainers often don’t know what they are talking about.

“Many Americans imbue stars with political and social intelligence they just don’t have… It doesn’t help to be surrounded by fawning people whose job it is to agree with everything you say. The irresponsibility of tweeting irrational and harmful opinions to millions, regardless of the damaging consequences to their country or people’s lives, proves that those stars deserve the harsh backlash,” Abdul-Jabbar added.

While many Americans agree with this sentiment, Abdul-Jabbar claimed it was conservatives like actors Jon Voigt and James Woods and liberal Harry Potter author J.K. Rowling that needed to have their speech banned from social media platforms.

Abdul-Jabbar claimed Rowling needed to be censored because she rejected the radical “transgender” political agenda.

“Few are more beloved than J.K. Rowling, whose Harry Potter books make up the best-selling series in history. Yet her anti-trans tweets may not only damage the Potter and Fantastic Beasts franchises, they could end up tainting her entire literary legacy,” Abdul-Jabbar wrote.

Liberals like Abdul-Jabbar believe that speech that might make people question the Democrat Party’s agenda is dangerous and must be banned.

Sadly, in the wake of the 2020 election this trend is only going to get worse.

Sports with Balls will keep you up to date on any new developments in this ongoing.