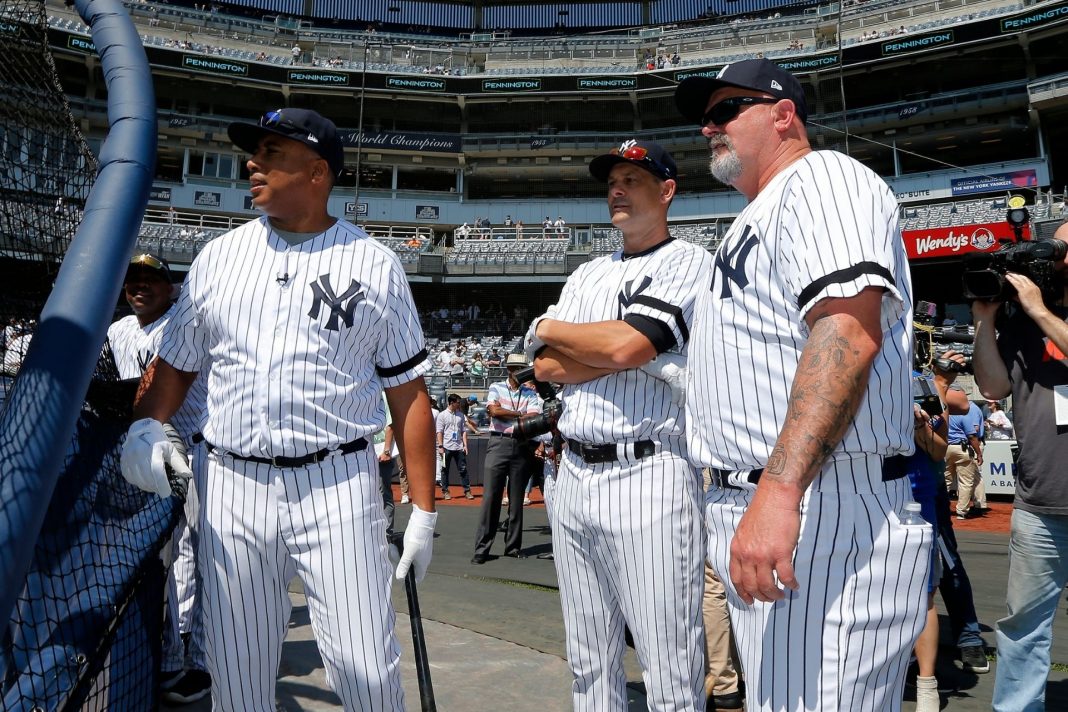 Every professional sport is constantly looking for ways to innovate and improve their game.

The baseball world, though, may spend more time debating it than most, as they search for ways to change their rules – both written and “unwritten rules” – to make the game more exciting.

And if they’re going to make any changes, they should probably start by talking to this two-time World Series winning pitcher, who recently said he hates umpires and wishes players could punch them.

Back in the ‘90s and early ‘00s, there were few, if any, left handed pitchers better than David Wells.

He bounced around a lot, playing for nine different teams throughout his 21-year career, but always found a way to elevate the team, tying the MLB-record for most postseason appearances with different teams and winning two World Series.

While Wells has been in broadcasting since his retirement in 2009, over the past year he’s really started to be more outspoken than ever before, letting his opinions on everything from his issues with politics to his issues with baseball’s current state fly with reckless abandon.

He continued to be rather unfiltered in a recent interview with Barstool Sports’ “Starting 9” podcast, where he was asked which unwritten rule in baseball he would do away with if he could.

Without taking more than a second to think about it, Wells went on about how much he hates umpires and wishes that players could punch them.

Wells went on to say that umpires ruin the game, and while the majority of umpires are right most of the time, there are some that he feels players should be able to knock out if they please.

“But you know, with the umpires they ruin the game I think,” he continued. “They’re right a majority of the time and there’s some great umpires, don’t get me wrong. But it’s those ones that are douchebags, we should have free will at them.”

.@BoomerWells33 on the show this week! We asked him what unwritten rules he hates in the game…https://t.co/DUUydl9seM pic.twitter.com/8bFGd5ydN0

You have to hand it to David Wells, he’s certainly not afraid to say exactly what’s on his mind at all times.

The best part of this entire thing is that you know this is likely something that’s been on his mind since at least his rookie season in 1987.

There’s no doubt that throughout his career, any time he had an issue with an umpire, he was dreaming of being allowed to pummel them without being thrown out of the game, or worse, being kicked out of baseball entirely.

Maybe outright allowing players to take a swing at an umpire isn’t the best way to deal with bad calls, but there’s no doubt that it would bring some much needed fireworks into the game of baseball.

All sports should do a better job of holding officials who consistently have poor performance more accountable.

The fact that officials are seemingly treated like teachers with tenure, giving them a free pass to do whatever they please while keeping their job and being rewarded with pay increases, is absurd.

Especially when it comes to professional and Power Five college sports, officials should be held to an extremely high standard and be required to perform their job at a high level.

And if they don’t, maybe David Wells is partially right, and players and coaches should be allowed to challenge them to a boxing match.

At least then the officials would have to actually face some consequences for being terrible at their jobs.