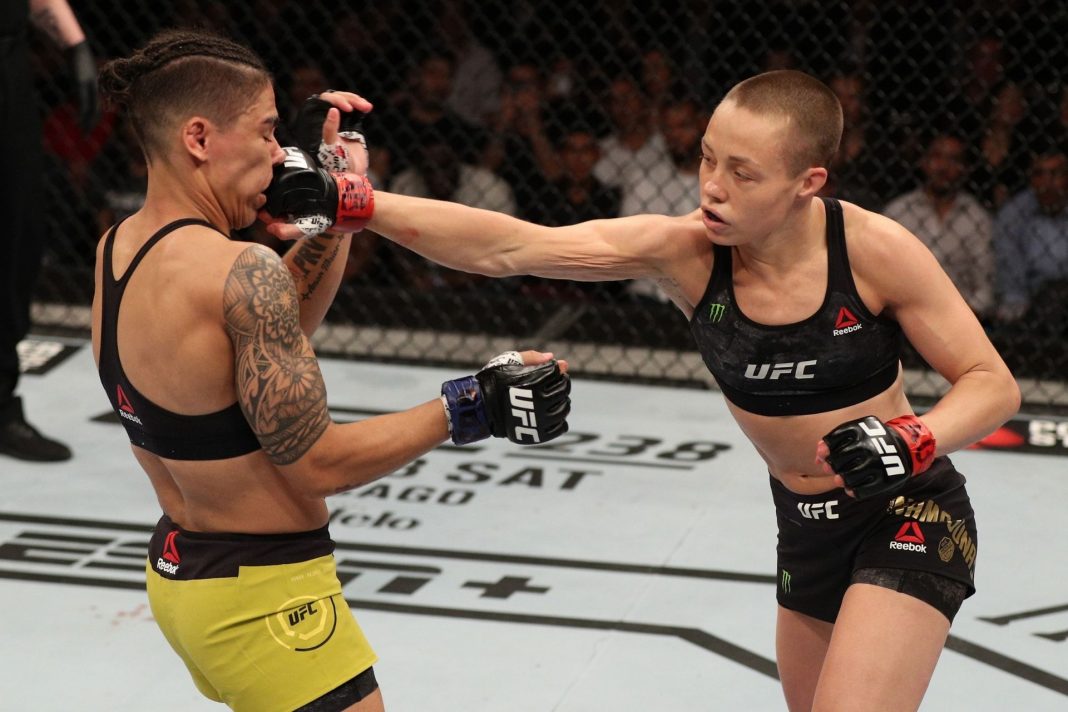 Cancel culture in America is out of control.

Millions of Americans have had enough and are looking to fight back.

And now this UFC fighter just destroyed cancel culture with one truth bomb.

The left-wing sports media tried to cancel UFC strawweight challenger Rose Namajunas for her anti-communist comments Namajunas made before her fight with champion Zhang Weili at UFC 261.

Sports journalists tried to claim Namajunas was expressing racist sentiment toward Weili – who is Chinese – by declaring “better dead than red” before their fight.

In an interview with MMA journalist Ariel Helwani, Namajunas explained that her parents grew up under communist rule in Lithuania and that she looked at any opponent as trying to take her freedom away.

Namajunas cited a documentary about the 1992 Lithuanian men’s Olympic basketball team that played for the first time as an independent nation after breaking away from the Soviet Union.

“If you’re confused about any of my opinions, you can watch the documentary, and you could get a good idea as to what my family had to go through, the reason I’m in the United States today, the reason that I do mixed martial arts, all of that stuff,” Namajunas stated. “I’d probably have a really different life if it wasn’t for everything in that documentary, how Lithuanians had to struggle with communism oppression.”

Namajunas explained that her hatred of communism is her motivation in every fight and that her comments were not personally directed toward Weili, who hails from communist China.

“The reason that I brought it up and that I referenced it is because the reporter suggested I had animosity toward past opponents, and that’s what may be caused some motivation in those fights, and in this one, there’s no animosity, so maybe there’s a lack of motivation. But that couldn’t be further from the truth,” Namajunas added.

Cancel culture and the politically correct media are getting out of hand.

Fortunately Rose Namajunas refused to bend the knee to the cancel mob.