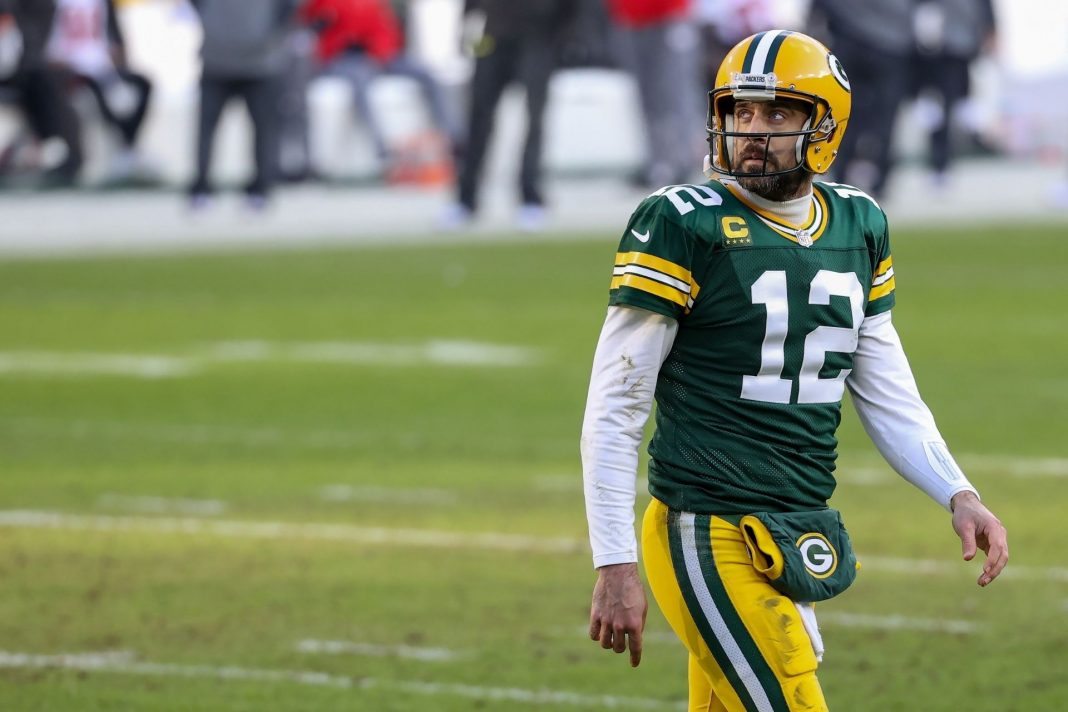 The 2020 football season is about to wrap up on Sunday.

But the Chiefs and Buccaneers are not the only storyline in pro football.

And now this video of a superstar quarterback had everyone in the NFL asking one question.

A video posted to social media appeared to show Green Bay Packers quarterback Aaron Rodgers sitting in the bed of a pickup truck waving around a case of Bud Light.

It was a true “bro” moment and everyone immediately wanted to know if that was really Rodgers.

Former Packer AJ Hawk appeared on the Pat McAfee radio show and said he believed it was Rodgers.

This video of Aaron Rodgers riding in the back of a teammate’s truck this past season with a case of BudLight is the BEST VIDEO ON PLANET EARTH. pic.twitter.com/Svq4naX1Ld

Former Packer AJ Hawk appeared on the Pat McAfee radio show and said he believed it was Rodgers.

Even more amazingly, Hawk said based on the video it looked like Rodgers was heading back to Lambeau Field for practice.

Rodgers responded to the clip of Hawk discussing the video by confirming it was indeed him with the case of Bud Light and that offensive lineman David Bakhtiari was driving.

Rodgers posted one of the all time great statistical seasons in NFL history this past year, with 48 touchdown passes against only five interceptions.

But the season ended in bitter disappointment with the Packers third loss in the NFL Championship game in the last five seasons.

After the game, Rodgers even wondered about his future in Green Bay since the team could not get over the hump and drafted quarterback Jordan Love in the first round of last spring’s NFL draft.

Rodgers appears to have moved past that disappointment by getting back to work and also getting ready to cut loose after practice.