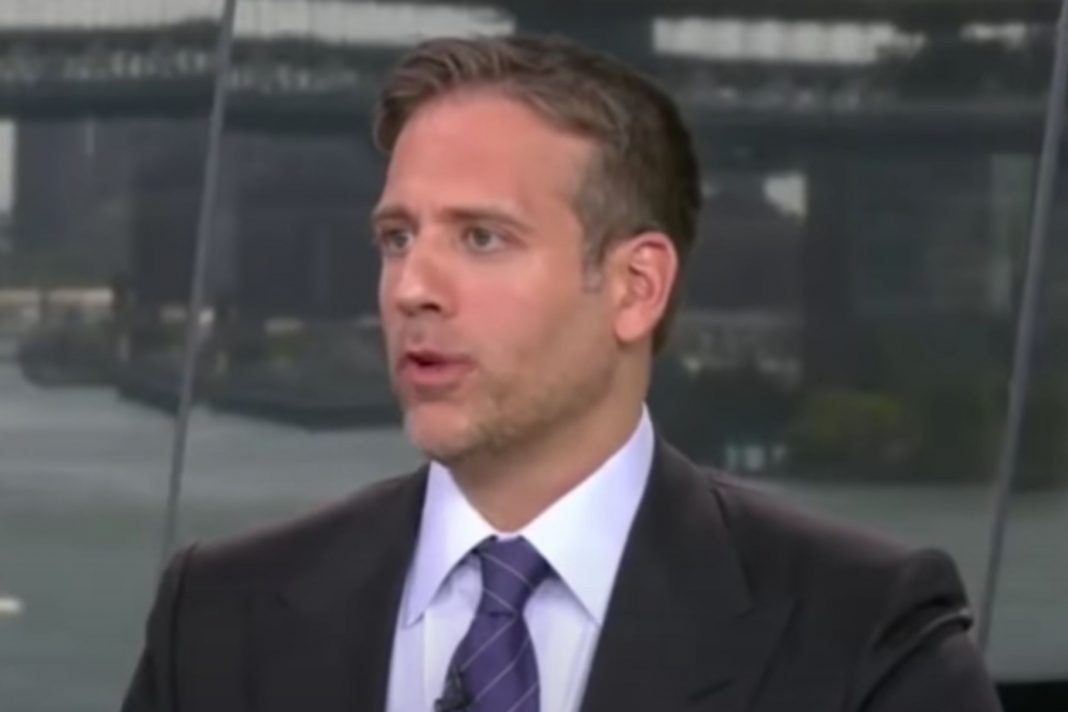 ESPN has been swallowed whole by the “woke” monster.

First Take co-host and boxing expert Max Kellerman is one of the most unabashedly left-wing personalities at ESPN, and that’s saying something.

The network leans heavily to the Left, especially after purging conservatives like Curt Schilling, Mike Ditka, Britt McHenry, and Will Cain.

Kellerman’s response to the mass rioting and looting the country has seen over the past four months is that right-wing agitators are responsible for it.

ESPN's Max Kellerman says without any evidence that "extremist right-wing agitators" are responsible for the riots around America.

So the protests are “mostly peaceful,” and when they’re not, right-wingers are to blame.

That is complete nonsense, but it’s becoming a common talking point for the Left.

For months, they denied the existence of the rioting and the extremism of Antifa.

The media simply called them “anti-fascists” because it’s in their name, which is the dumbest rational ever.

But now that the carnage is too big to ignore, it’s right-wingers who are supposedly responsible.

The level of gaslighting is off the charts.

The idea that the President of the United States is somehow not “normalized” speaks to the arrogance of the entertainment industry.

No matter how hard Kellerman and other leftists try to convince the American people that right-wingers are causing all of the mayhem, the numerous videos speak for themselves.

The Democrats have no choice but to own this.

They wanted people out in the streets wreaking havoc, and now they have to reconcile that.