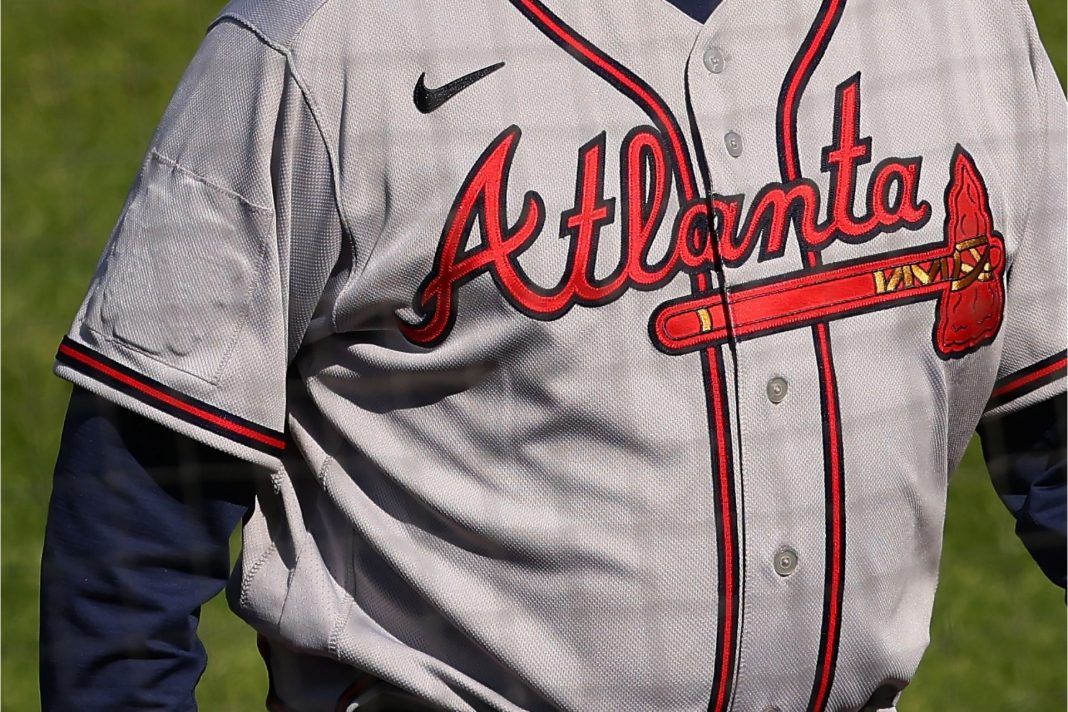 In his never-ending quest to find racism in sports, Mike Freeman has now set his sights on the Atlanta Braves who had the audacity to commit the high crime of being disappointed that the far-left’s fake “new Jim Crow” narrative caused their city to lose the MLB All-Star Game, and as expected, the MLB folded like a cheap suit as soon as the far-left applied pressure after Georgia recently enacted a new voting law.

They gave into calls to move their All-Star game from Atlanta while voicing their support for the insane idea that the new law is somehow racist.

And now this woke USA Today columnist is ripping the Braves as “cowards” after they expressed disappointment in a move that will cost their city millions.

USA Today’s Mike Freeman has but one purpose in life – find supposed “injustices” in every aspect of sports possible.

Freeman is literally paid to be USA Today’s token “woke” sportswriter who they count on to constantly fabricate racism allegations in the sports world.

On Friday, the Braves released a statement in which they expressed their disappointment in the fact that a common sense law they had nothing to do with has cost their city the chance to host the All-Star Game.

“This was neither our decision, nor our recommendation and we are saddened that fans will not be able to see this event in our city,” the team said in the statement. “The Braves organization will continue to stress the importance of equal voting opportunities and we had hoped our city could use this event as a platform to enhance the discussion. […] Unfortunately, businesses, employees, and fans in Georgia are the victims of this decision.”

The Braves statement regarding the moving of the MLB All-Star Game: pic.twitter.com/0Iapm3eIre

It’s easy to see how the team could be disappointed for their city, as Atlanta tourism officials have estimated that the city – mainly small businesses – will lose roughly $100 million because of the decision to move the game to Denver.

But for Freeman, the Braves’ disappointment was the greatest affront in the history of human civilization.

According to Freeman, the Braves statement was the ultimate example of an organization that is “tone deaf,” and claimed that the team’s fingers must have been “shaking so much from fear of the voting suppression extremists,” which is hilarious considering the MLB made their decision out of their fear of far-left extremists like Freeman.

Freeman went on to claim that the Braves’ “statement is acceptance of the racism of the new voting restrictions enacted by Republicans. There’s no other way to look at it. Either you are for democracy or you are not.”

Interestingly, Freeman, like most on the far-left, never once actually explains how exactly the new bill restricts voting in any way, shape, or form, because even elections experts at far-left universities have concluded that the bill actually expands voting access for the people of Georgia.

Freeman went on to lay the groundwork for the far-left’s next conquest in sports by asserting that the Atlanta Falcons, NFL, SEC, and Atlanta Hawks should immediately move all of their games from the state as well.

“The Falcons could take similar steps by moving some of their games,” Freeman wrote. “The Hawks, too. The NFL could easily, and I mean easily, declare it will never hold a Super Bowl in Atlanta until voting rights are restored. The SEC could do the same with its championship game.”

Again, Freeman’s piece proves that he is very capable of regurgitating far-left talking points, but completely incapable of actually explaining how this common sense law takes away voting rights that need to be “restored.”

Finally, Freeman admits that he understands that average workers and small businesses in Atlanta will be harmed financially by essentially cancelling sports completely in the state of Georgia, as he suggests.

But because those people are supposedly having their “access to voting diminished,” Freeman also believes those people should have their finances diminished.

“It is true that such boycotts would financially impact some working people of Atlanta like concession stand workers and businesses that thrive off the crowds attending the games,” Freeman admitted. “But those same people are having their access to voting diminished with a bevy of suppression laws.”

Quite frankly, it’s difficult to understand how anyone actually signs their name to a piece that falsely claims people are having their voting rights diminished, and therefore should also have their finances harmed as well, but here we are.

Mike Freeman is the epitome of today’s far-left – his brain is completely broken, and now he’s just incoherently blabbing on and on about the fantasies he’s created in his head.

And if you don’t agree with the rantings of this mad man, well, apparently you’re a racist.

The real cowards in this whole ordeal are the executives at Major League Baseball who failed to do their own homework and merely rolled over and let the far-left pet their bellies.

But even if just one MLB executive would have actually read the bill and rightly determined that radicals like Mike Freeman are simply insane, it’s not like the decision would have been any different.

Bowing down to the far-left is how major organizations and corporations do business in today’s climate.

The far-left has whipped them all into a frenzy, believing that the only way for their business to survive is to do whatever the far-left tells them to do.

And unfortunately for sports fans, that sentiment is even stronger inside professional sports organizations like the MLB.

On the plus side, though, Major League Baseball has been dying for decades.