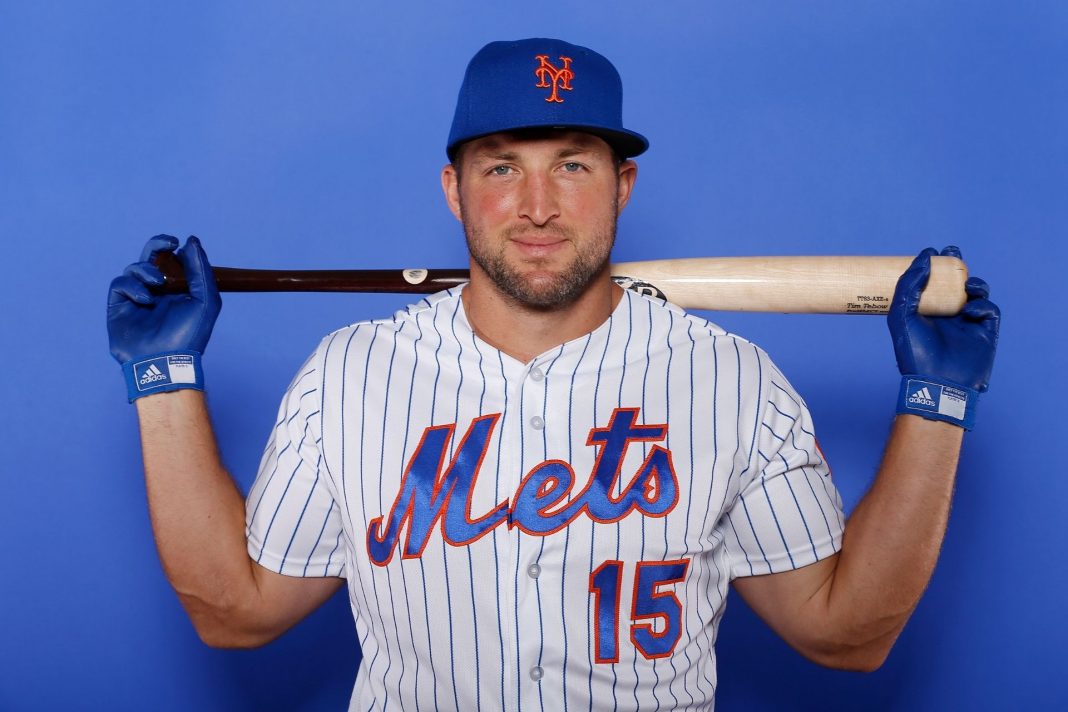 Former quarterback and current New York Mets minor league baseball player Tim Tebow is still one of the most talked about athletes in America.

His career path is followed by millions of fans.

And now Tim Tebow just made a jaw-dropping decision about his future.

Former Heisman Trophy and National championship winning quarterback Tim Tebow was a first round draft pick of the Denver Broncos in 2010.

But after a magical year in 2011 where Tebow spearheaded the Broncos to a second half of the season run that culminated with a playoff win over the Pittsburgh Steelers and a divisional round loss to the New England Patriots, Tebow’s NFL career sputtered to a conclusion.

But in 2016, Tebow announced he would try his hand at Major League Baseball and the New York Mets signed him.

Those were respectable numbers for a player that entered pro baseball at age 27.

But after the coronavirus canceled the 2020 Minor League Baseball season, many wondered if that was the end of the line for the 31-year-old Tebow.

Mets President Sandy Alderson said he discussed the matter with Tebow and that Tebow wanted to give it another go and that he didn’t want his baseball dream to end because of a virus.

“So, I talked to Tim Saturday, in between Florida football and some other SEC [broadcasting] obligations,” Alderson stated. “He’s anxious to come back. And I told Tim, ‘Look, why would you want to end your quest based on a COVID-related reason? You didn’t get a chance to perform this year.’ He was hurt a little bit the previous year. So I think Tim is committed to coming back. And I think we’re committed to giving him an opportunity to do that and we’ll see where it goes.”

Alderson did make it clear that the Mets were in the business of winning baseball games and Tebow could not take up a roster spot forever trying to prove his worth.

“This is not a quest without end. At some point it will culminate. But I think that will be at a time when Tim and the organization come to some agreement about where he is and what his potential is. But I didn’t want him to go out based on some COVID-related interruption,” Alderson stated.

But Tebow said he wanted to continue because baseball was in his heart.