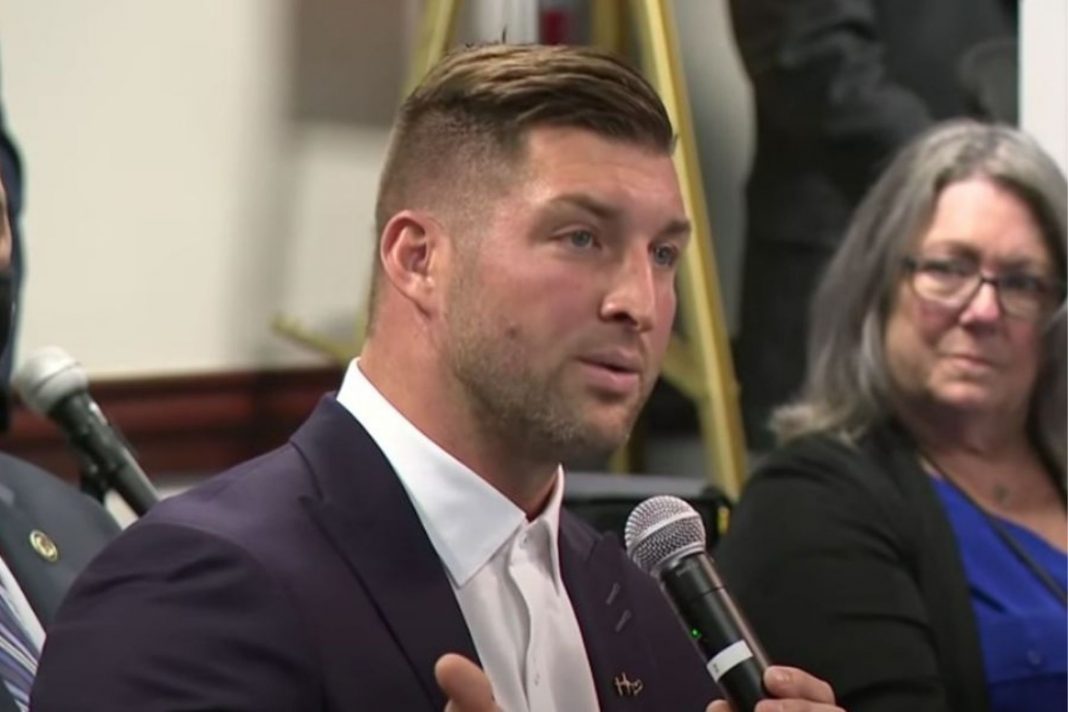 Former NFL quarterback Tim Tebow is trying to make a go of it in Major League Baseball.

But Tebow’s future may lie elsewhere.

And Tim Tebow’s next career move is something no one saw coming.

The March for Life announced that Tim Tebow would headline the organization’s annual gala dinner on the night of the March of Life in Washington, D.C. to protest the disastrous Roe v. Wade court decision.

In a statement, the March for Life explained why Tebow’s long history of pro-Life activism made him the perfect keynote speaker for this event.

He established The Tim Tebow Foundation in 2010 with the goal to bring Faith, Hope, and Love to those needing a brighter day in their darkest hour of need. The foundation fulfills this mission every day by making dreams come true for children with life-threatening illnesses, providing life-changing surgeries to children of the Philippines, and providing care for orphans in six countries and adoption aid grants for families who choose to adopt an international child with special needs – among other remarkable initiatives.

Tebow is running out of time to make it as a Major League Baseball player.

New York Mets President Sandy Alderson implied that this year was a make or break moment for Tebow’s efforts to one day make the major league roster.

If Tebow’s baseball career does not pan out, politics could be a natural landing spot for Tebow who has always been associated with his Christian faith and strong pro-Life values.

Tebow would join a long list of pro athletes and coaches who entered politics.

Professional politics may seem like a divisive career choice for Tebow who has always steered clear of party affiliation, but it may be the best avenue available to him to advance the causes he truly believes in.