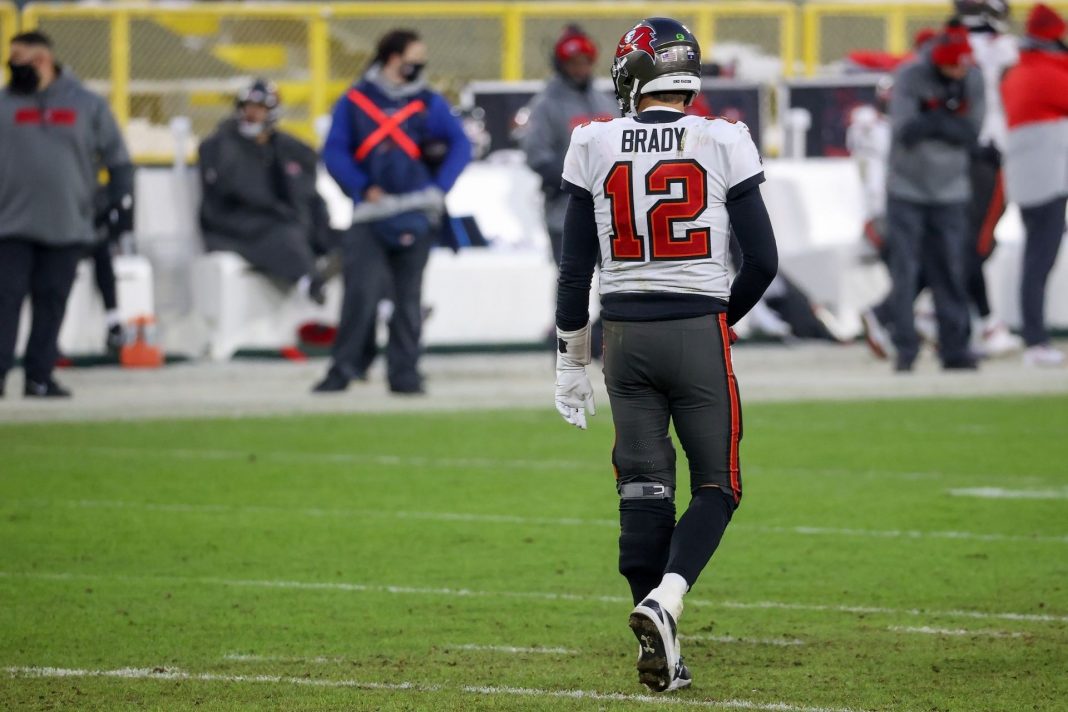 But at the age of 43, everyone is wondering how much longer Brady can keep this up.

And now Tom Brady just made a surprising announcement about his retirement plans.

During media week for the Super Bowl, Tom Brady addressed his future plans.

Previously, Brady expressed a desire to play until he was 45-years-old.

But after struggling last year in New England, Brady experienced a rebirth in Tampa Bay where the team surrounded him with more offensive weapons.

Brady completed nearly 66 percent of his passes for over 4,600 yards and 40 touchdowns against just 12 interceptions.

Now, Brady admitted he may play past the age of 45.

“Yes definitely. I would definitely consider that,” Brady told the press. “It’s a physical sport. Just the perspective I have on that is, you never know kind of when that moment is, just because it’s a contact sport. There’s a lot of training that goes into it. It has to be 100% commitment from myself to keep doing it.”

Brady added that he treats football like a career and that his change to the maniacal TB12 dieting and workout system helped him maintain his elite level of play long past the age where normal athletes succumb to the reality of aging.

“I think football for me has obviously been my sport. It’s a career, but it’s really part of my daily life,” Brady added. “Because a lot of the decisions I make, I’m always thinking about ‘How does this impact my football? How does it impact my offseason training?’ It’s pretty well documented that the approach that I’ve taken over a period of time, which certainly didn’t all start at once. I think how I work out and how I recover is very important. The work I do with my body coach Alex is critical to the success that I’ve had.”

Given Brady’s elite level of play this season, no one is putting a timetable on Tom Brady’s retirement.