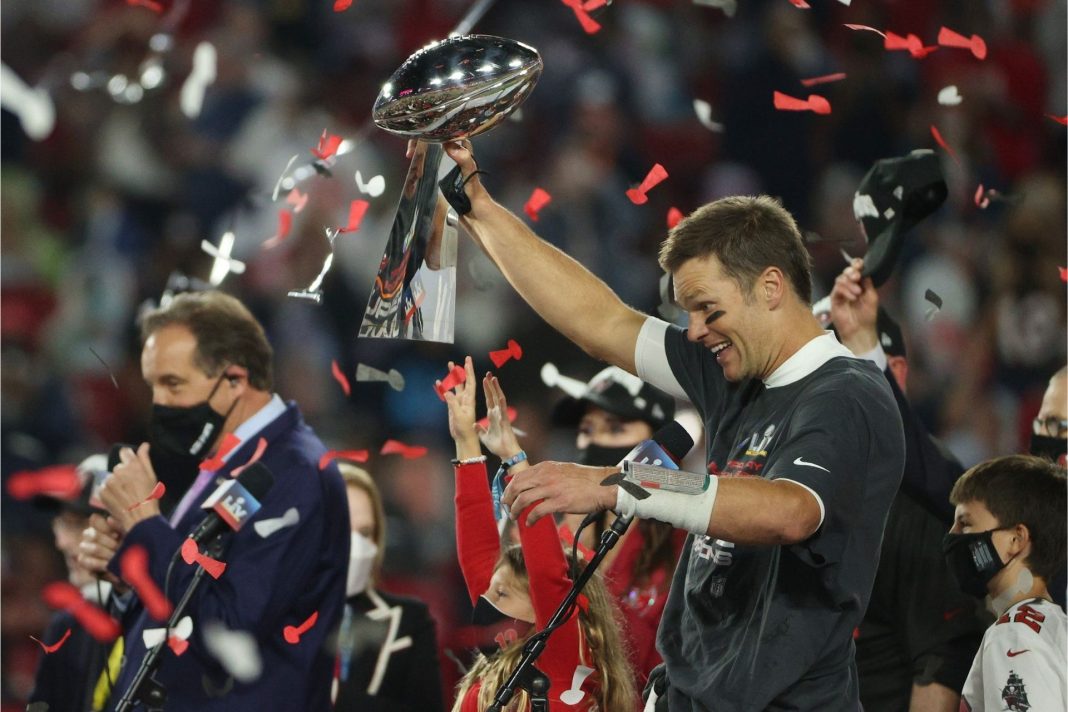 After Sunday, there was nothing left to say.

And Tom Brady just set one Super Bowl mark that took everyone by surprise.

Brady now has as many Super Bowl MVPs as any other quarterback does Super Bowl titles.

After the game, Brady heaped praise on his teammates and refused to entertain a comparison between the 2020 Buccaneers and the six Super Bowl winning New England Patriots teams Brady played for.

“I’m not making any comparisons,” Brady stated. “Experiencing it with this group of guys is amazing.”

“I’m so proud of all these guys,” Brady added. “We had a rough November but we came together at the right time. We knew this was gonna happen. We played our best game of the year.”

In defeating the Chiefs, Brady and the Buccaneers also made history of a different sort.

By the Bucs ending the Chiefs quest for a repeat, the NFL is now in the longest period in league history without a repeat Super Bowl champion, with the last being Tom Brady and the New England Patriots winning the Super Bowls after the 2003 and 2004 season.

The NFL built its popularity in the 60s, 70s, and 80s on the backs of dynastic franchises in Green Bay, Pittsburgh, Miami, Dallas, San Francisco, New York, and Washington.

But since the turn of the century, Tom Brady has become the league’s constant.

That was clear this year as the Patriots tumbled to 6 and 10 record while Brady took the previously 7-9 Buccaneers to the Super Bowl.