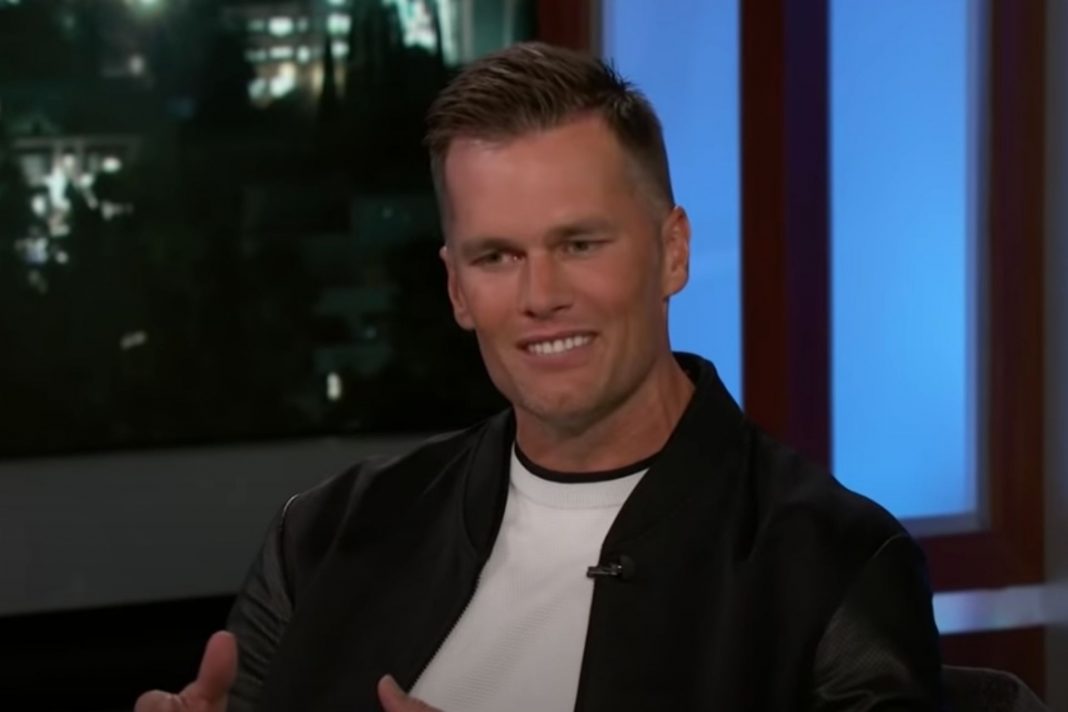 Tom Brady was asked one question about Donald Trump and you won’t believe what happened next.

The sports media still hates the fact that in 2015 Tom Brady placed a red “Make America Great Again” hat in his locker and said it would be great if his friend Donald Trump won the 2016 election.

As Brady prepares for his tenth Super Bowl, the liberal snowflakes in the sports media are desperate to get one more ride out of the Trump train.

The latest salvo began when Fox Sports One’s Shannon Sharpe outrageously claimed no black athlete would be able to get away with expressing their political views, even going so far as comparing Donald Trump to racist and anti-Semitic Nation of Islam leader Louis Farrakhan.

“Let’s just say for sake of argument, LeBron James says my friend is Minister (Louis) Farrakhan,” Sharpe stated. “How would America react? Blacks have always had to be very, very quiet about who our friends are. […] LeBron James can never say, a prominent black athlete can never say, Minister Farrakhan is just my friend. They’d try to cancel anybody with the just mere mention of Mister Farrakhan’s name. Because we like Tom Brady.”

Brady didn’t take the bait and dismissed the question as ridiculous.

“I’m not sure how to respond to a hypothetical like that,” Brady responded. “I hope everyone can — we’re in this position like I am to, again, try to be the best I can be every day as an athlete, as a player, as a person in my community, for my team and so forth, so yeah, I’m not sure what else.”

He’s allowed to hold whatever political views he wants.

But the media knows how much Trump values friendships with winners like Tom Brady so the media keeps trying to drive a wedge between the two by pressuring Brady to renounce Trump.