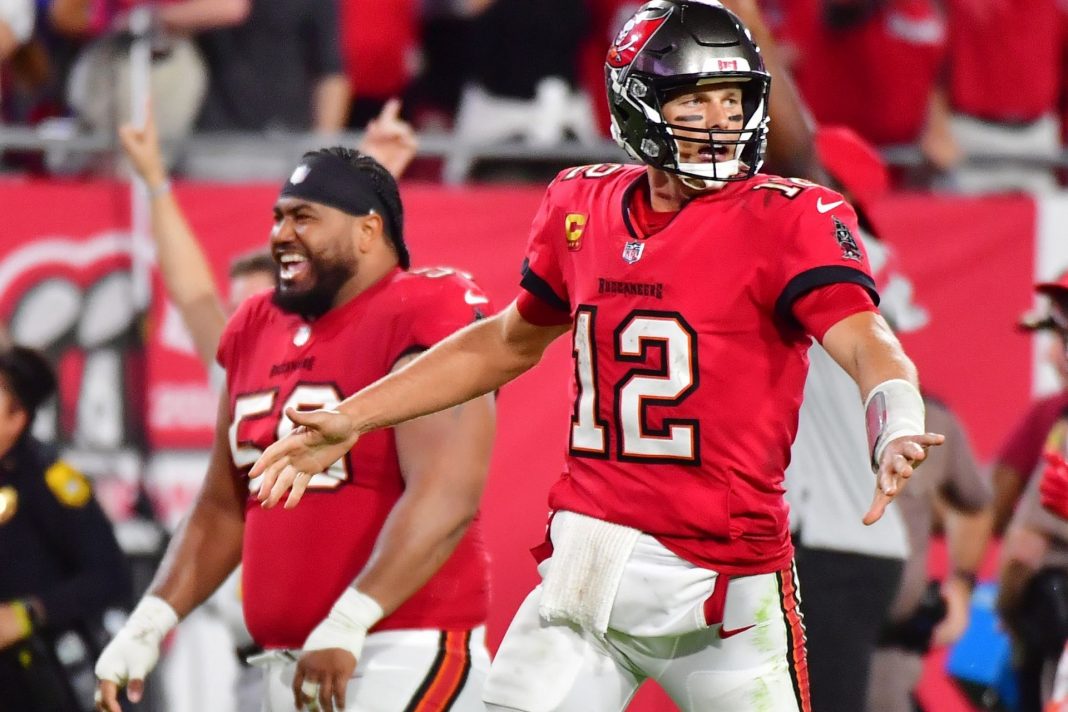 Last Sunday’s matchup between the reigning Super Bowl Champion Tampa Bay Buccaneers and Buffalo Bills was one for the ages.

The Bucs came out on top in overtime 27-33 due to Brady’s remarkable play at quarterback.

But one thing that Brady kept doing did not sit well with his head coach.

Tom Brady is one of those quarterbacks who is purely unstoppable.

As soon as you think you have him locked down, he pulls a new trick out of his sleeve.

That trick last Sunday against the Bills was the quarterback sneak, a play Brady rarely runs due to his relatively low speed and its high injury risk.

In total, Brady ran 7 times for 16 yards, and even got a rushing touchdown.

Although this play seemed to trick the Bills on multiple occasions – and arguably helped the Bucs win the game – Bucs Head Coach Bruce Arians was not amused.

In fact, during a post game press conference Arians told reporters “That is enough of that shit” when referring to Brady’s newly found running abilities.

And you can not blame Arians for that statement one bit.

Without Brady, the Buccaneers would be in serious risk of losing out the rest of the season.

This fear rings especially true with the playoffs just a month away.

So what does this mean for Tom Brady and the Bucs?

Nothing too drastic, just a simple return to what makes them great . . . their passing game.

Leonard Fournette and Ronald Jones will continue to dominate the running game.

Moving forward, the Bucs have a few divisional matchups (which always prove to be a challenge) and a road trip to New York to play the Jets before they can feel comfortable about the playoffs.

But for Brady and the Bucs this season is about much more than playoffs, it’s about repeating what they did last year . . . winning a Super Bowl.