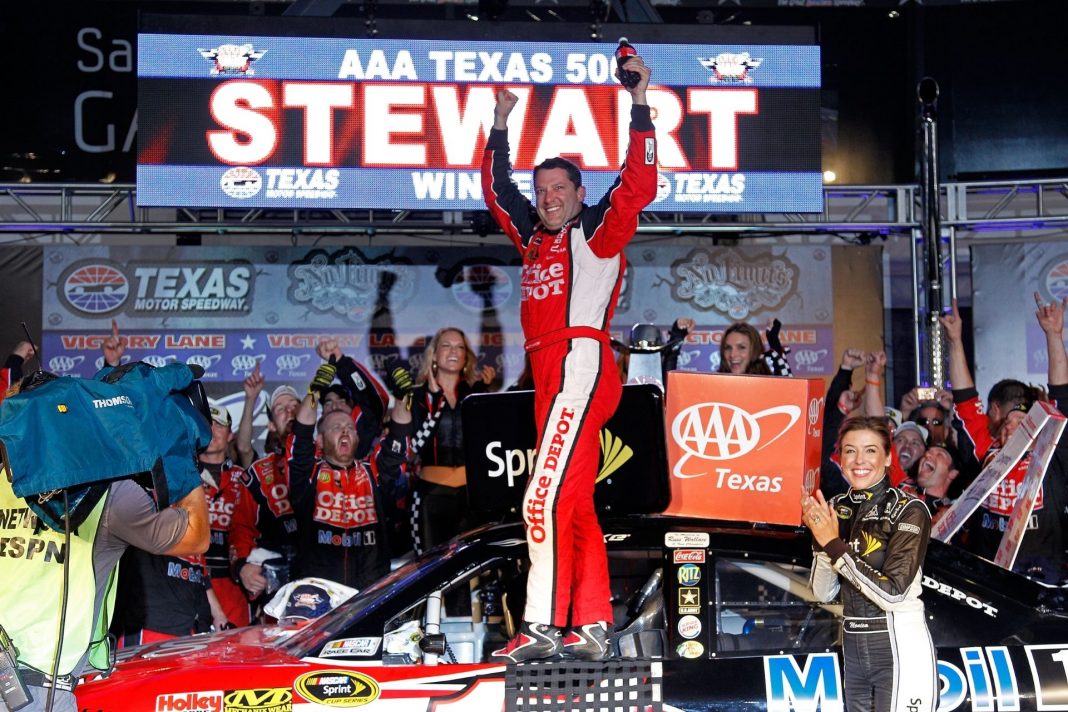 NASCAR spent 2020 like many professional sports – alienating their longtime fans.

But NASCAR execs took things to a new level, driving away formerly loyal fans in droves by calling them racist.

Now SRX just dropped a bombshell announcement that has racing fans fired up for this new venture.

SRX, Superstar Racing Experience is a joint venture of headed up by NASCAR legends, Tony Stewart and Ray Evernham.

When the new series was announced, Stewart emphasized it wasn’t intended to compete with NASCAR.

But that might be the practical outcome after NASCAR execs have driven fans away in droves in 2020 in order to cash-in on “woke” corporate sponsorships.

Ray Evernham is designing brand new cars to fly around some of racing’s most beloved historic short tracks, giving racing fans back something NASCAR has been moving away from for some time.

Stewart noted that many of their drivers could be retired NASCAR drivers, and as it turns out, he wasn’t kidding.

“I am excited to reunite with Ray Evernham and some of the great legends of our sport,” Elliott, who joins Stewart and Bobby Labonte as NASCAR Hall of Famers in the SRX, said in a release. “I look forward to racing at some of the most historic American racing destinations and putting on an awesome show for the fans. We have a special driver field and it will be fun competing with some of the greatest drivers of all time.”

Welcome to one of the best ever and a guy I have a great history with. Bill Elliott. So cool that we can work together again. @SRXracing is truly going to be a Super Star Experience. @CBS https://t.co/1s9s8Mjj9c

CNBC noted, “The two-time Daytona 500 winner and 1988 NASCAR Cup Series champion was inducted into the NASCAR Hall of Fame in 2015 and was voted NASCAR’s most popular driver 16 times (his son, Chase, has received the honor the past two years). Elliott also closed his full-time Cup career driving for Evernham’s Dodge team from 2001-03, winning the 2002 Brickyard 400.”

“The series, which is expecting to have a dozen drivers, also has Tony Stewart, Helio Castroneves, Bobby Labonte, Paul Tracy, Tony Kanaan, Willy T. Ribbs and Mark Webber in its lineup.”

As more details emerge, racing fans are getting fired up to see this superstar lineup once again hit the track.