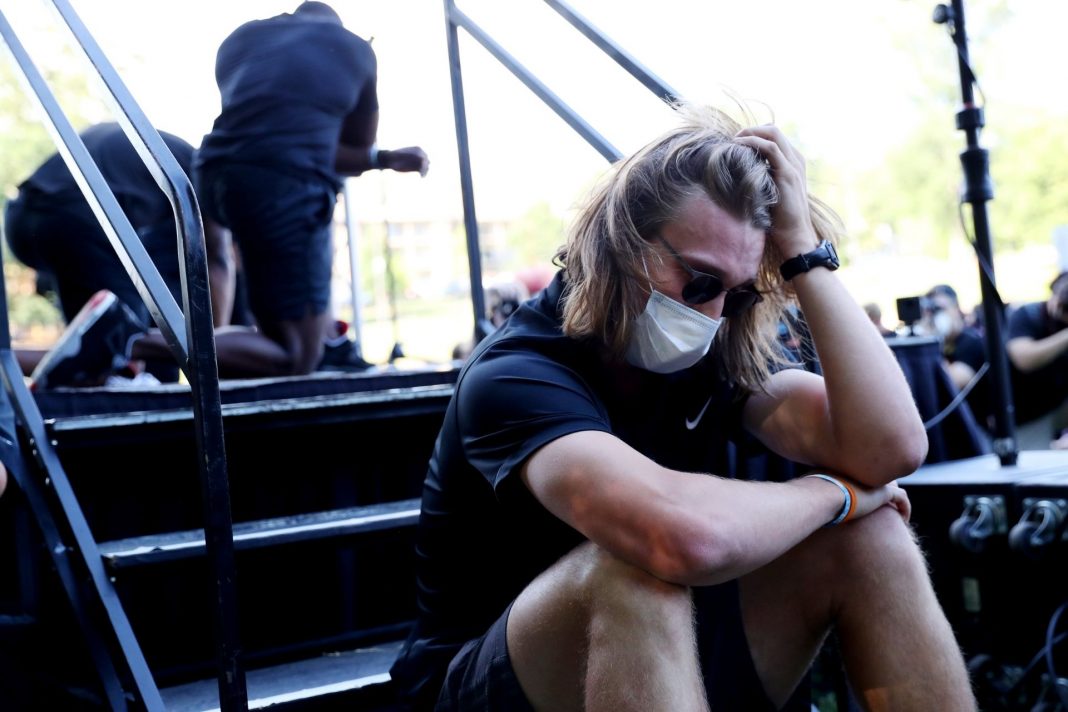 Clemson Tigers quarterback Trevor Lawrence has a lot riding on the season.

He’s playing for a national championship, a Heisman trophy, and the opportunity to be the number one pick in the draft.

But Lawrence is missing the game of the year for an unbelievable reason.

The number one Clemson Tigers will be traveling to South Bend, Indiana to take on the fourth-ranked Notre Dame Fighting Irish, but superstar quarterback Trevor Lawrence won’t be making the trip.

Lawrence contracted the coronavirus and will be forced to miss his second consecutive game.

Only days before Clemson’s previous game against Boston College, Lawrence released a statement saying he wouldn’t be able to play in the game.

Lawrence announced, “I have tested positive for COVID-19, and my symptoms have been relatively mild while I’m following the protocol from Clemson and the ACC. The only thing that hurts is missing an opportunity to be with my teammates this weekend and play the game I love . . . I hate that I can’t be there, but I’ll be watching from isolation and pulling for our guys while I wait for the opportunity to rejoin the team.”

According to college football’s strict COVID policy, Lawrence must remain in isolation for ten days, which means he wouldn’t have enough time to rejoin the team and practice prior to the marquee game against Notre Dame.

Last week against Boston College with true freshman quarterback DJ Uiagalelei at the helm, Clemson escaped with a 34-28 victory at home.

The Tigers trailed by as many as 18 in the first half, but slowly chipped away at the lead and their superior athletes eventually proved too much for Boston College.

Uiagalelei played relatively well in his first start, which actually went better than Lawrence’s first start as a true freshman in 2018.

Lawrence struggled in a home game against Syracuse before leaving with a concussion.

Backup quarterback Chase Brice came in and helped Clemson eke out a narrow victory to save the season.

While Uiagalelei fared better in his debut, Notre Dame on the road is a step up in competition, even if the stands won’t be packed due to COVID procedures.

Lawrence is by far the most-profile player to miss time due to COVID, and hopefully he’ll be the last.

The postseason could be a major letdown if the star players aren’t allowed to play, or worse, the teams are forced to shut down entirely.