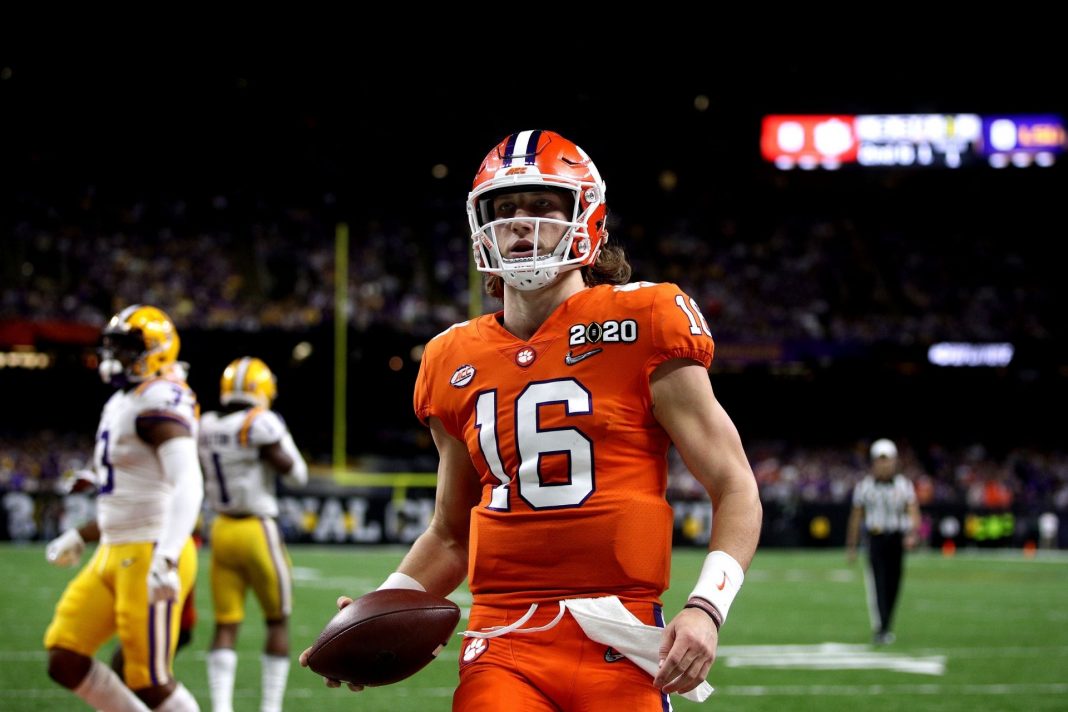 With the Super Bowl behind us, all eyes are turning to the upcoming NFL Draft.

Rumors and speculation over who will be picked in which round and to what team – not to mention potential trades – will run wild until the final pick is made official.

But one thing no one can question any longer is who will be the first overall pick as Trevor Lawrence just did something that will ensure it’s him.

Since Trevor Lawrence became the starting quarterback of the Clemson Tigers, analysts and fans alike have drooled over his ability and potential.

In three seasons at Clemson, Lawrence won a National Championship, threw for over 10,000 yards while completing 66.6% of his passes, and threw 90 touchdowns with just 17 interceptions.

As far as most draft analysts are concerned, Lawrence was placed on this earth to do one very specific thing – be a starting quarterback in the NFL.

But as is often the case with every draft, rumors and speculation always run rampant, and an upcoming surgery on his non-throwing shoulder has caused some to ponder the idea of a player other than Lawrence going first overall.

That upcoming surgery caused Lawrence to move up his Pro Day workout to last week, where NFL scouts and coaches were able to watch Lawrence’s passing ability.

With Jacksonville holding the first overall pick, new head coach Urban Meyer was in attendance as Lawrence silenced any naysayers who still existed, and made clear through his performance that he is the unquestioned top player in this draft class.

“It was a good day, considering [it was] kind of short notice,” Lawrence said. “I was pretty pleased with it. Like anything, you’ve got some throws you wish you could go back and hit a little bit better. But as a whole, I think it was good day.”

It was a good day for Lawrence indeed, and NFL.com draft analyst Bucky Brooks agreed.

“From a competitive standpoint, you have to be impressed that Lawrence was willing to come out and throw on Friday,” Brooks said. “He didn’t need this session to prove he’s worthy of the draft’s top pick, but he chose to put himself out there, even with a shoulder surgery in his future. That just validates what we’ve already heard about him as a competitor. He’s ready to be the face of the franchise for a long time.”

“He’s going to be the first overall pick,” Brooks continued. “He has everything you look for at the position. He has all of the tools you want to see athletically. To top it off, he’s a great leader and a winner. That’s exactly what every franchise wants to have in a QB1.”

Needless to say, barring something catastrophic, Trevor Lawrence has done exactly what he needed to do in this pre-draft process to ensure he’s the first player drafted.

As he’s shown over the past three seasons at Clemson, Lawrence is a once-in-a-generation talent that will not only go first overall in the draft, but will also have a long career as a franchise quarterback.

From this point on, every other draft-eligible player is simply fighting to be the second overall pick.