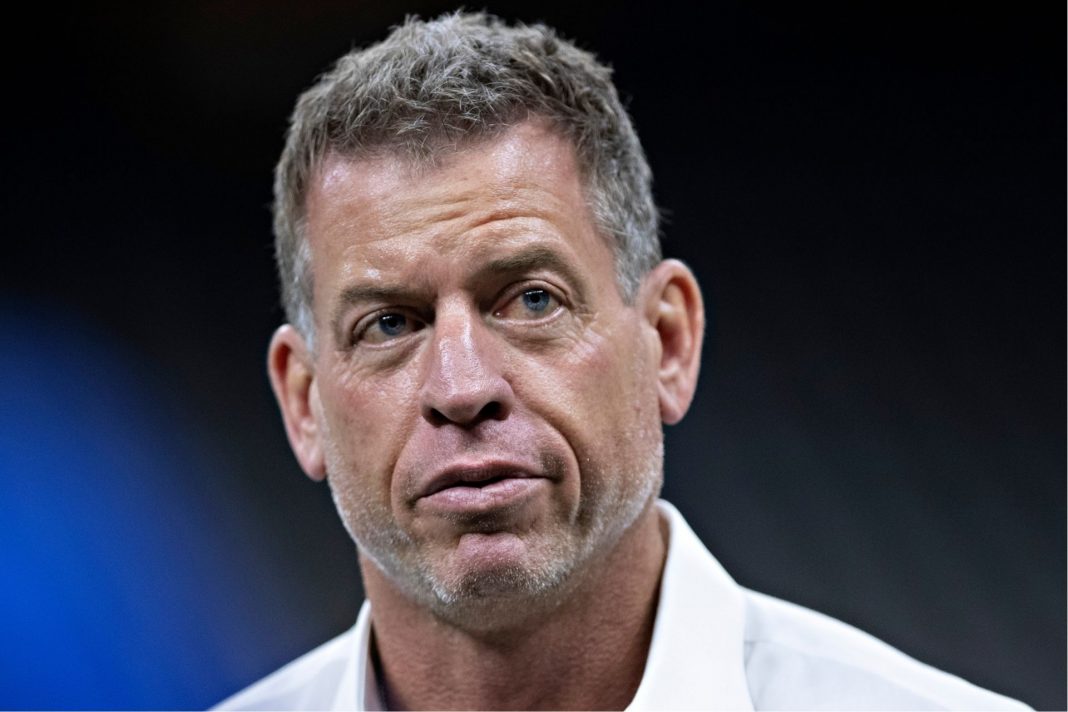 It’s always been rare for a retired quarterback to criticize an active quarterback in the NFL.

For whatever reason, there seems to be an unspoken understanding amongst quarterbacks that you just don’t trash one another, no matter how poorly they play.

It wasn’t long ago that Jared Goff was viewed as a rising star in the NFL, having taken the Los Angeles Rams to the Super Bowl in just his fourth season in the league.

But that was in 2018, and while we’re just two seasons removed from that Super Bowl appearance, that’s an eternity in the NFL – a lot can change in that amount of time.

Apparently, a lot did change for Goff and the Rams during that time, and it was mainly centered around the relationship between the quarterback and his head coach, Sean McVay.

The deterioration of that relationship ultimately led the Rams to trade Goff, as well as numerous draft picks, to the Detroit Lions for Matthew Stafford.

Once that deal was finalized, NFL.com’s Mike Silver interviewed Goff about the trade, and proceeded to write a piece about the quarterback’s relationship with his now former coach, in which Goff made clear that he was relieved to be out of Los Angeles.

“I’m just excited to be somewhere that I know wants me and appreciates me,” Goff said during the interview. “I’m moving forward and couldn’t be more excited to build a winner there.”

In his piece, Silver went on to describe the relationship in detail, and decided to claim that over the top criticism of Goff from broadcasters, specifically Troy Aikman, was due to negative comments McVay made about his quarterback during pre-game production meetings.

“Routinely trashed this season on FOX telecasts, specifically those with Troy Aikman as the lead analyst, Goff could reasonably assume that McVay’s words about his quarterback’s play in network production meetings were far from glowing,” Silver wrote.

That comment didn’t sit too well with Aikman, though.

In fact, the FOX commentator decided to fight back against Silver’s insinuation, and he didn’t hold back.

“Unlike Michael Silver, I strive to be fair and balanced and do not have an agenda when doing my job,” Aikman said. “The record will show that I have been a strong supporter of Jared Goff’s over the years. Unfortunately for the Los Angeles Rams and Jared Goff, he did not perform at his best in the games that I broadcasted this season and I’m confident Jared would be the first to agree.”

While it’s great to see Aikman go off on a reporter for singling him out with an accusation that lacks any hard evidence, let’s be honest about one thing – Aikman did routinely trash Goff throughout the 2020 season.

“It just doesn’t get any uglier than that.”

Aikman feels almost uncomfortable giving credit to Jared Goff for literally not missing a snap after popping his thumb back into place. Can’t understand his disdain for him. So bizarre.

On the other hand, Aikman is correct in saying that it’s rather clear that Silver had an agenda he was looking to push with his piece.

Silver wanted to craft a narrative that Sean McVay was no longer happy with Goff as his starting quarterback, and by claiming that Aikman was being fed negative takes about Goff by McVay prior to games, he accomplished just that.

Aikman’s job as an analyst is to relay exactly what he sees to the audience watching at home, and sometimes that requires being brutally honest about how poor a player is performing.

Those who are in the broadcast booth are in a no-win situation – either they get crushed by fans for having favorites and not being harsh on anyone, or guys like Silver complain that they’re being too harsh.

No matter what, NFL television broadcasts are entertainment, and nothing entertains fans more than when an analyst is brutally honest.

The fact that Troy Aikman has decided to not hold back on quarterbacks when they aren’t performing as other retired quarterbacks have in the past is nothing but a win for the fans who make the NFL’s success possible.

And, of course, it’s always great to see someone go off on a reporter for trying to push a narrative without any evidence.