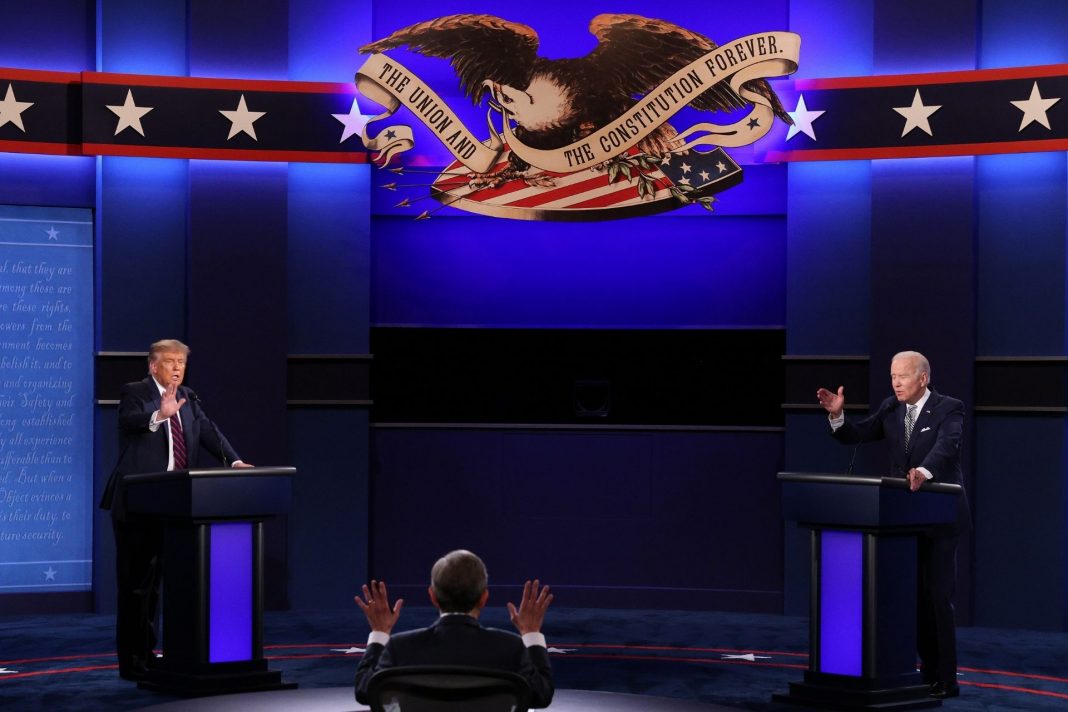 Donald Trump squared off in the first presidential debate against Chris Wallace and Joe Biden.

And Trump said something during the debate that had football fans smiling.

During the fractious presidential debate, moderator Chris Wallace let Joe Biden get away with countless lies while peppering Trump with follow-up questions.

But Trump was able to get in one point about college football that’s hard to dispute.

In the midst of a discussion about the interminable coronavirus lockdowns that Biden wants to prolong, Trump highlighted the fact he was instrumental in bringing back Big Ten football:

“People want their places open. They want to get back to their lives. They’ll be careful, but they want their schools open. I’m the one that brought back football. By the way, I brought back Big Ten football. It was me and I’m very happy to do it. The people of Ohio are very proud of me.”

This is undoubtedly true.

The college football season was on the brink of disaster after the Big Ten announced they would be canceling the entire 2020 season.

The PAC-12 followed suit, and there stood the real possibility that there would be zero college football.

But the SEC and ACC were both determined to play, and the Big XII sided with those two conferences.

Pressure from players, coaches, parents, and fans spurred the Big Ten into reconsidering their calamitous decision.

Then Trump entered the fray and advanced the ball over the goal line.

Had a very productive conversation with Kevin Warren, Commissioner of the Big Ten Conference, about immediately starting up Big Ten football. Would be good (great!) for everyone – Players, Fans, Country. On the one yard line!

Trump intervened and allayed the conference’s fears about lack of testing.

Soon after, the Big Ten reversed themselves and opted back into the season.

That started a chain reaction of other conferences deciding to play; the PAC-12, Mountain West, and MAC all decided to get back in the fold.

Despite the best efforts of the pro-lockdown brigade, college football will be played all across the country, and Trump played a big hand in it.