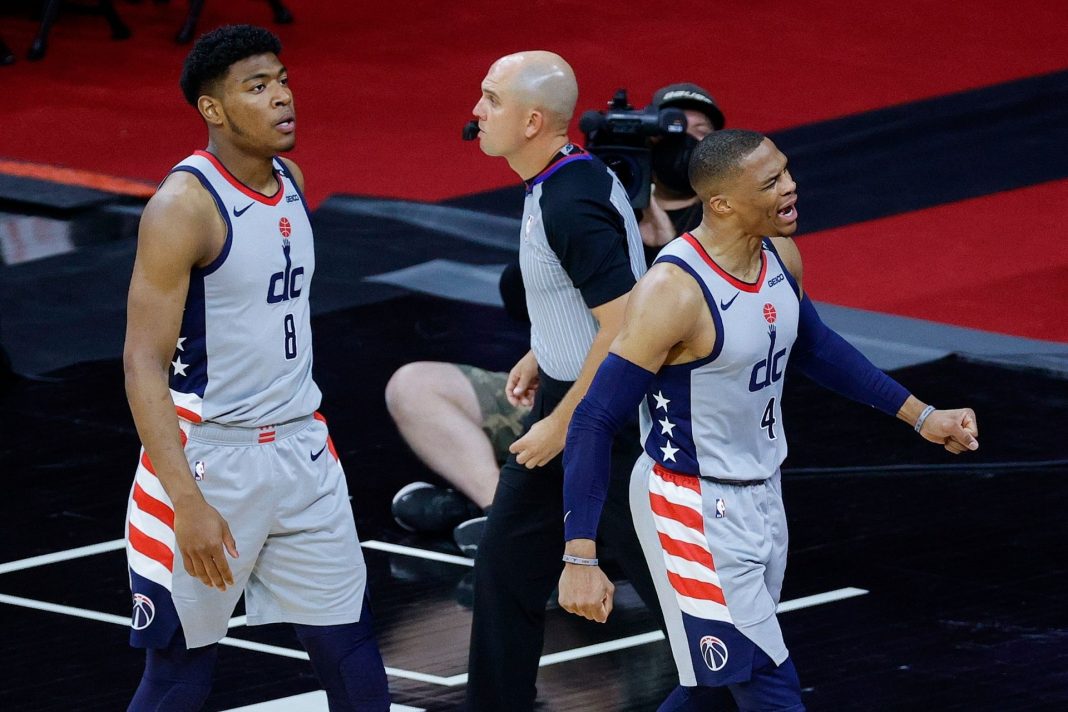 There have been some crazy moments in sports history involving the fans in the stands.

Some fans just get fed up with sports and look for their opportunity to lash out at players.

And now turmoil is building in the NBA as fans start to turn on the players.

Sometimes the fans in the stands get a little wild.

And in the past that has created some of the most memorable moments in sports history.

Who can forget back in 1992 when a fan jumped into a bench filled with NHL players ready for a fight.

That went about as well as you would suspect for that idiotic fan.

And nothing beats when NBA player Vernon Maxwell “Mad Max” decided to take care of a trash talking fan in the stands by breaking his jaw.

This NSFW video of Vernon Maxwell casually walking into the stands and smacking fire out of a heckling fan while Bill Gates watches and Jerry Seinfeld provides the 'Inside Stuff', is the oddest thing you'll see on the internet today. pic.twitter.com/GhOLqw3TSz

Well, the heat between the fans and the players is hitting a new high in the NBA.

With fans back in the stands after COVID for the NBA playoffs, they have saved up their frustration for the players that built up over the past year.

In a recent Wizards vs. 76ers playoff game, a 76ers fan decided to give Russell Westbrook a free shower of popcorn.

Rather than being grateful for the man giving him his $12 worth of popcorn, Westbrook decided to try to charge at the fan.

fan pours popcorn on Westbrook as he’s being assisted off floor with an injury pic.twitter.com/tGcn4kqRqq

Then to make the night worse for Young, a fan spat on him while he was on the court.

Things are getting crazy in the NBA.

But Young’s dad went on Twitter to complain about the fans claiming, “Gotta get this under control. @russwest44 gets popcorn thrown on him & @TheTraeYoung gets spat on. I can deal with all the chants about my son, it comes with it. But this needs to be addressed.”

Gotta get this under control. @russwest44 gets popcorn thrown on him & @TheTraeYoung gets spat on. I can deal with all the chants about my son, it comes with it. But this needs to be addressed.@NBAonTNT @NBA @espn @nyknicks @NBATheJump https://t.co/0WoO5jtAc2

Guess it’s cool when NBA players taunt and attack the average working man but when the player gets some free popcorn it’s the end of the world.