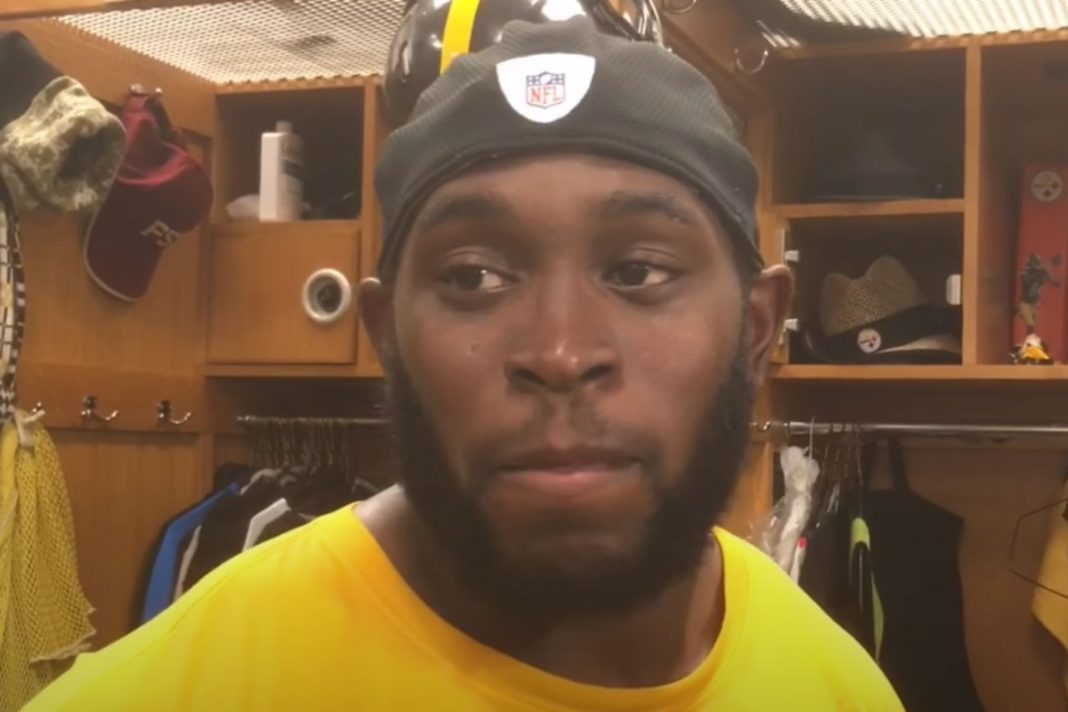 The Pittsburgh Steelers organization is struggling with its woke activism.

After Alejandro Villanueva broke ranks, other players quickly joined in.

Now veteran Steelers linebacker Vince Williams has a strong message for woke NFL execs and put his money where his mouth is.

While top brass in the Pittsburgh Steelers organization, including Art Rooney II, maintain the team made a “united” decision to wear Antwon Rose Jr.’s name on their helmets for the entire season, the truth seems a little more muddled.

Then Maurkice Pouncey spoke out saying he felt like he’d been misled about Rose’s story.

It wasn’t long before Minkah Fitzpatrick added that the actual decision to put Rose’s name on the helmet was made by someone “upstairs” and that the team “barely” talked about it.

Now veteran Steelers linebacker Vince Williams told viewers on an Instagram Live that he didn’t care at all what was on the back of his helmet – or that of his teammates.

“I don’t care what Al had on the back of his helmet,” Williams said. “He could’ve put that sh*t on the front of his helmet. I don’t really care at all. As long as he is lining up at left tackle and he’s blocking people and Big Ben’s upright and we don’t have to go through another Ben-less season. I don’t give a damn if he wore a baseball helmet. I could care less.”

“It’s none of my business. Just show up to play football and let’s kick ass and go about our day.”

Williams added that he doesn’t think all the “woketivism” in the NFL is really doing anything.

“Doing all the publicity stunts and stuff for the media, that’s cool. I guess you have to get attention for the voiceless, but these people really need help out here,” he said.

“Kids really need help. I feel like I’m going to do more in my community by giving away laptops and Chromebooks and making sure people got the equipment they need to go back to school than a t-shirt could ever do. What is a t-shirt going to do?”

Putting his money where his mouth is, Williams said he was handing out 500 laptops, 150 Chromebooks, backpacks, and PPE gear to make sure kids on the North Side of Pittsburgh get what they need for this school year.

That’s worth more than any of the league’s woke activism and preachy politics any day.