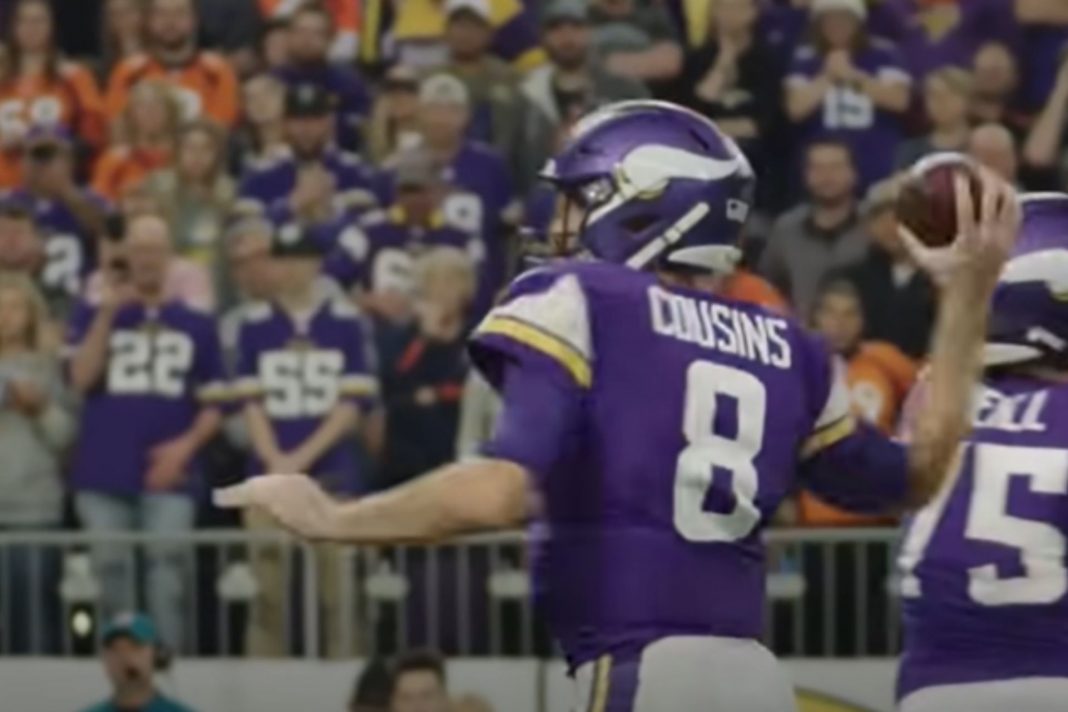 Minnesota Vikings quarterback Kirk Cousins is having a dreadful season.

His team sits in last place after coming into the season with reasonably high hopes.

And Vikings fans were left with their jaws on the floor after what Kirk Cousins just said.

Kirk Cousins has a reputation for being a decent stat compiler who doesn’t win games.

In Cousins’ first two regular seasons in Minnesota, the Vikings were 1-10-1 in games where they trailed at any point in the fourth quarter.

Cousins had similar unclutch moments during his tenure with the Washington Redskins.

Nevertheless, the Vikings gave Cousins a fully guaranteed three-year, $84 million contract to be their franchise quarterback.

It hasn’t worked out so well for them this year.

The Vikings are 1-5, and Cousins leads the NFL with 10 interceptions in only six games compared to his 11 touchdowns.

Worse yet, the interceptions seem to be getting into the quarterback’s head.

After a humiliating loss to the previously winless Atlanta Falcons who just fired their head coach, Cousins remarked that he wouldn’t complete the season as the starting quarterback if his level of play continued.

Kirk Cousins: "The reality is, if the pace I’m on in terms of the interceptions, if that were to continue, I won’t finish the season. … There’s a little bit of, you got to improve. Whether it’s them telling me, ‘Hey we gotta improve,’ or them pulling me; we got to get better."

There was a belief that Cousins had turned a corner after last season.

The Vikings won an emotional wild card game on the road against the New Orleans Saints where Cousins played well.

He made a clutch throw in overtime that set the Vikings up for the upset victory.

But Cousins seems to have regressed so far this season.

It hasn’t helped that Cousins lost deep threat wide receiver Stefon Diggs to the Buffalo Bills, but he still has the reliable Adam Thielen at wideout, and Kyle Rudolph at tight end.

Cousins also has superstar Dalvin Cook at running back (although he sat out the Falcons game with a groin injury).

The Vikings gave Cousins a two-year extension worth $66 million, so they’re on the hook for a considerable amount of money if they try to move on from Cousins mid-season.

He and the Vikings will need to figure things out quickly before the season completely falls apart.