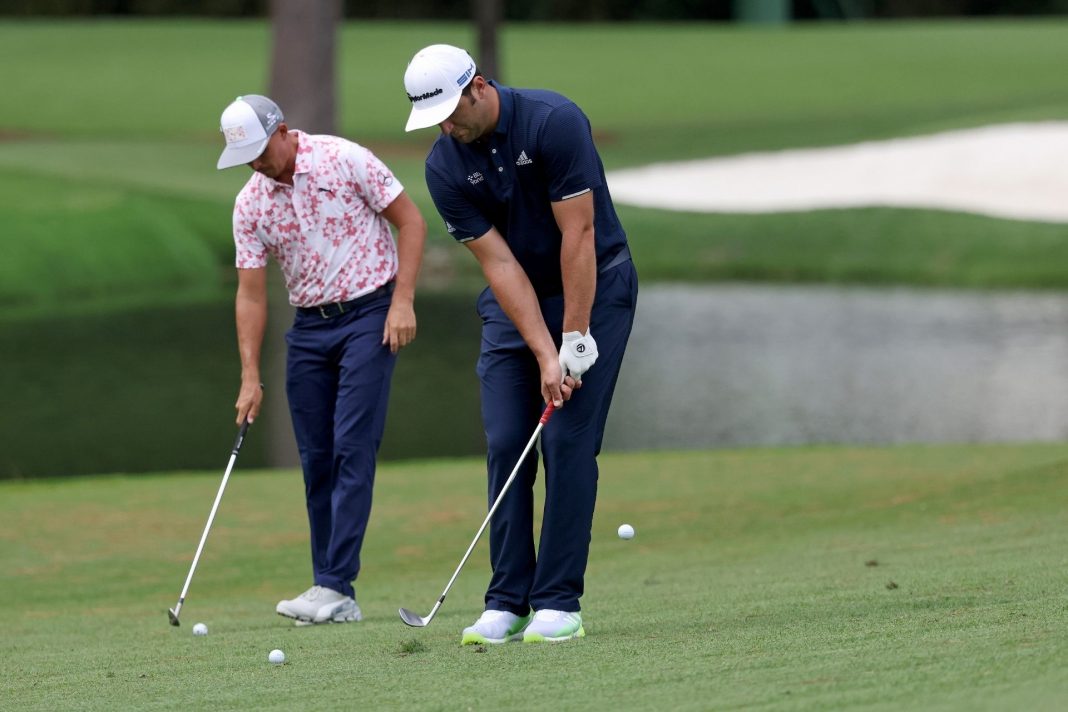 While azaleas may not be in bloom, true sports fans are celebrating the return of golf’s greatest tournament.

And John Rahm stepped to the tee on the 16th at Augusta and hit this must-see trick shot that will leave your jaw on the ground.

John Rahm is one of the favorites to win The Masters this week.

The long-hitting Spaniard tied for fourth place in 2018. But it was his iron game that had everyone talking this week.

Rahm hit a hole-in-one during his Tuesday practice round.

But it wasn’t just any hole-in-one. He actually skipped it across the water (on purpose) before dropping it in the cup.

Watch for yourself below:

From pond to pin! Rahm skips to a hole-in-one on No. 16 at #themasters pic.twitter.com/JNNPWgW9OP

Former Masters champion, Vijay Singh also skipped his ball across the water for a hole-in-one during a 2009 practice round.

Typically played in April, players are going to have to make some major adjustments going into Augusta this year.

Groundskeepers are also preparing for a wet week.

After winning the U.S. Open Bryson DeChambeau is seen as the odds-on favorite to don the green jacket.

DeChambeau stunned the field in 2016 by finishing T21 as an amateur – his best Masters finish.

But DeChambeau leads the Tour in driving distance this year (344 yard average drive) with the closest competitor a whopping 13 yards behind him.

Tiger Woods, Rahm, Dustin Johnson, Justin Thomas, and Rory McIlroy would all love to shut him up.

2017 Masters champion Sergio Garcia was forced to drop out of the field after testing positive for coronavirus.

Sports with Balls will keep you up-to-date on this ongoing story.