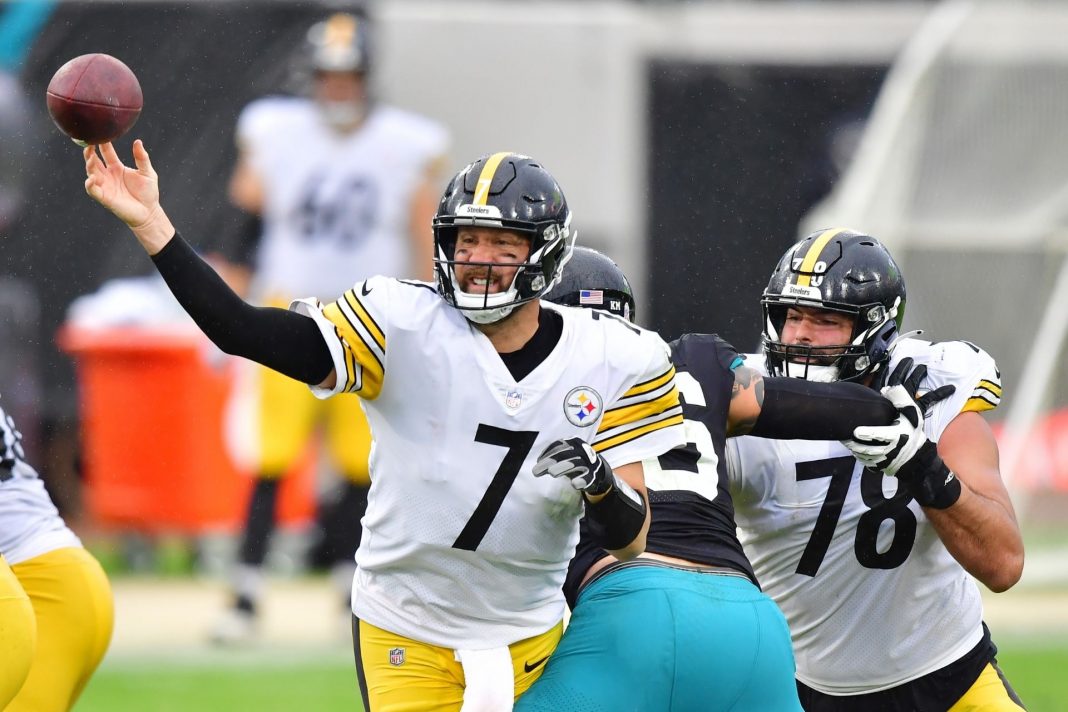 No team in the NFL started the 2020 season hotter than the Pittsburgh Steelers.

Many thought they could possibly make a run at yet another Super Bowl, but in their final six games they suddenly fell apart.

And we may now know why the Steelers went from the last unbeaten team in the league, to a complete disaster seemingly overnight.

Even with Roethlisberger back healthy, the Steelers expectations for the 2020 season were a mixed bag, yet they managed to get off to an incredibly hot 11-0 start to the season, convincing many fans that they were a legitimate Super Bowl contender.

But after defeating the Baltimore Ravens in Week 12, the Steelers lost five of their next six games, including back-to-back losses to the Cleveland Browns, in week 17 and in the Wild Card round of the playoffs.

It appeared as though the Steelers had just collapsed down the stretch, and possibly weren’t as good of a team as fans believed.

However, the real reason they were unable to keep up their winning ways may have just been exposed thanks to Ravens defensive back Marlon Humphrey.

In an interview with Bleacher Report, Humphrey mentioned that due to COVID, playing in empty stadiums last season allowed defensive players to hear more play calls from the opposing offense, and Ben Roethlisberger specifically gave away play calls at the line of scrimmage.

“I couldn’t believe it,” he continued. “I don’t know if they were in hurry up and that’s how they’d always done it or what, but he was just verbally telling them. I was like, ‘I think I should be able to cover this route.’ And that happened a few times in a game.”

What’s most interesting about Humphrey’s comments is that after the Ravens lost to the Steelers, the team formerly known as the Washington Redskins defeated Pittsburgh the next week, snapping the Steelers’ 11-game win streak and sparking their eventual collapse.

And after losing that game, some Washington players mentioned after their win that the Ravens had “exposed some things” about the Steelers.

So it definitely appears that the play calls Roethlisberger was making at the line of scrimmage that Humphrey and the Ravens picked up on were also caught by other teams as well.

It is rather mind boggling, though, that a franchise like the Pittsburgh Steelers, and a two-time Super Bowl winning quarterback like Ben Roethlisberger, didn’t make adjustments to how they operate at the line of scrimmage without crowd noise.

Teams always make adjustments to the offensive calls they make at the line of scrimmage when they know they’re going to be in a loud environment, and to not make similar adjustments when there is no crowd noise seems like a massive miscalculation.

This will certainly be a tough pill for Steelers fans to swallow, having to now live with the idea that a season they thought held so much promise was possibly ruined by a rather dumb mistake.

But at the same time, they may be able to find some solace in the hope that fans will return to NFL stadiums this fall, as commissioner Roger Goodell has predicted, making the calls Roethlisberger makes at the line of scrimmage more difficult for opposing defenses to pick up on.

For their sake, Roethlisberger and the Steelers will hopefully get back on track in 2021.

If they don’t, it’s likely that Ben Roethlisberger’s time in Pittsburgh will come to an end sooner rather than later.