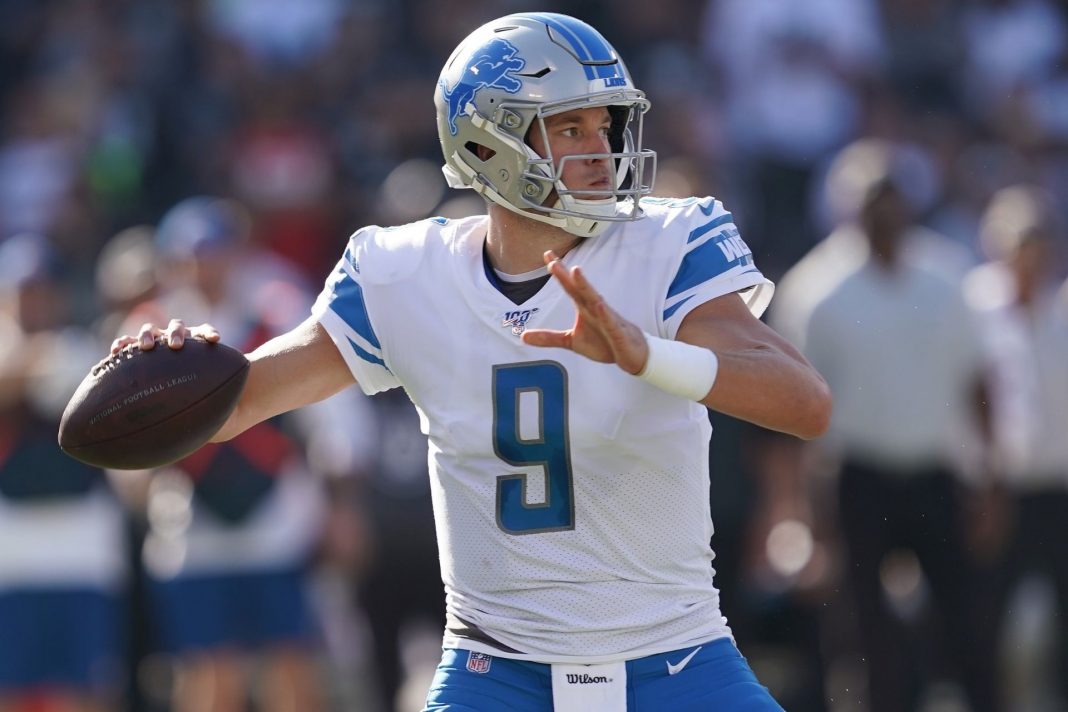 Detroit Lions’ Matthew Stafford is only of only eight quarterbacks all time to throw for more than 5,000 passing yards in a season.

You would think this achievement – or when he was awarded the 2011 NFL Comeback Player of the Year – would top the list of his proudest moments during his career.

But what Stafford just labeled the “proudest day” of his career will make your head spin.

Founded by Derek Jeter, The Players’ Tribune was once the go-to place for professional athletes to pen long-form personal stories to connect with fans.

But in 2020 it’s turned into a place for pro athletes to lecture regular Americans about how backwards we are.

Detroit Lions QB Matthew Stafford was the latest athlete to join in, penning an article titled, “We Can’t Just Stick to Football.”

And he made a shocking statement about the Jacob Blake shooting that really turned heads.

“My proudest day as a Detroit Lion was the afternoon that we came together as a team and decided that we were going to cancel our practice in the wake of the Jacob Blake shooting,” wrote Stafford.

Stafford’s article was published on September 18 – nearly a month after the Blake shooting, the ensuing Kenosha riots, and well after we’ve learned of key details as to how it went down.

Nowhere in the article does Stafford mention that Blake had a warrant for his arrest for sexual assault charges.

Or that Blake was trespassing on the property of the woman he allegedly victimized. Or that Blake failed to comply with police orders and was wielding a knife.

Yet weeks after all these details came out, Matt Stafford calls participating in this giant race-baiting virtue signal the “proudest day” as an NFL quarterback.

Many athletes’ rush to prove how “woke” they are is blowing up in their faces.

The Pittsburgh Steelers have committed to writing the name of Antwon Rose on the back of their helmets all season long.

They claim Rose was another name in a growing list of supposedly racist cops hunting down black people.

But the truth is police were chasing after Rose for his alleged involvement in a drive-by shooting.

The police were trying to arrest him when Rose, armed with a Glock pistol, fled. An investigation later found gunshot residue on Rose’s hands.

After these details came out, Steelers’ OL Maurkice Pouncey announced he would not wear Rose’s names on his helmet and that he was “given limited information on the situation regarding Antwon, and I was unaware of the whole story surrounding his death and what transpired during the trial following the tragedy.”

Pouncey further stated he “inadvertently supported a cause of which I did not fully comprehend the entire background of the case.”

Safety Minkah Fitzpatrick later revealed that it was Steelers management who decided to put Rose’s name on the back of all players’ helmets.

Players are certainly entitled to their opinions and political beliefs. But maybe they should do a little more research before lecturing their fans about how supposedly “racist” we all are.