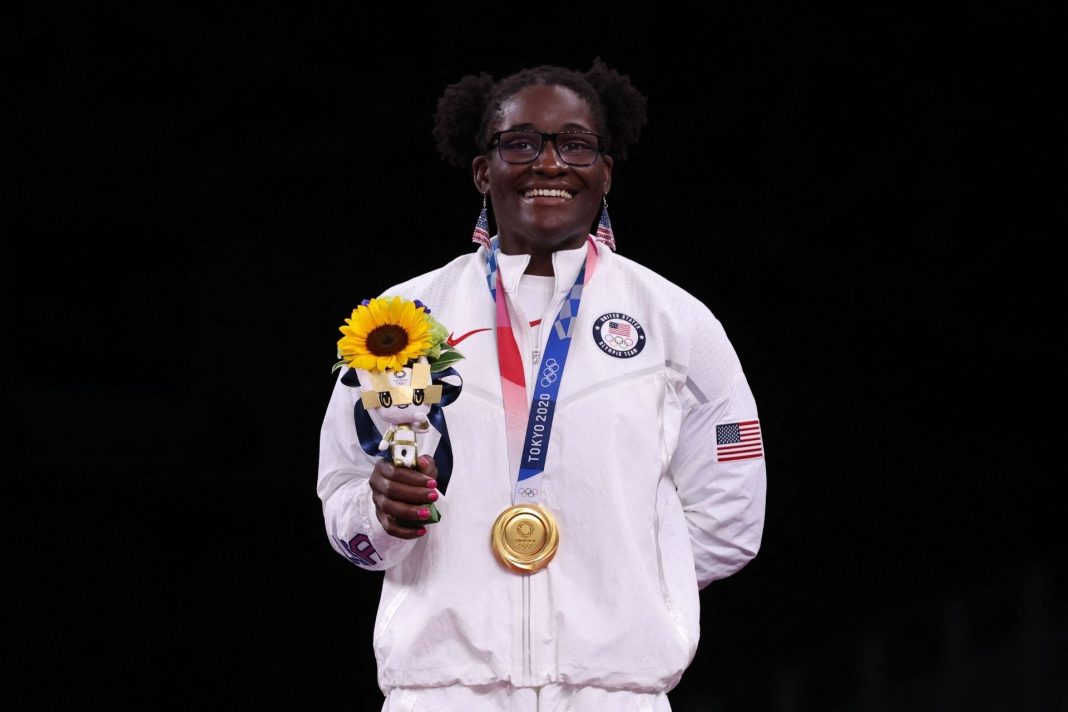 The Tokyo Summer Olympics earned the nickname the “Woke Olympics.”

And for good reason. Athletes routinely protest and left-wing activists like the U.S. women’s soccer team became the face of the games.

But what one American said after winning a gold medal was the biggest shock of the Olympics.

Mensah-Stock’s win made her only the second American woman to bring home a gold in Olympic women’s wrestling.

But it was how Mensah-Stock reacted that became the big story.

Mensah-Stock praised God and credited Him for all her glory.

“It’s by the grace of God that I’m able to even move my feet,” Mensah-Stock stated. “I just leave it in his hands, and I pray that all the practice, all the hell my freaking coaches put me through, pays off, and every single time it does. And I get better and better. And it’s so weird that there is no cap to the limit that I can do. And I’m excited to see what I have next.”

“It feels amazing,” Mensah-Stock declared. “I love representing the U.S.,” she continued as she brought her hands up in the shape of a heart. “I freaking love living there, I love it, and I’m so happy I get to represent U-S-A.”

It speaks to the sorry state of sports in 2021 that an Olympic athlete praising America and boasting about how much they love their country is considered news. But, here we are.