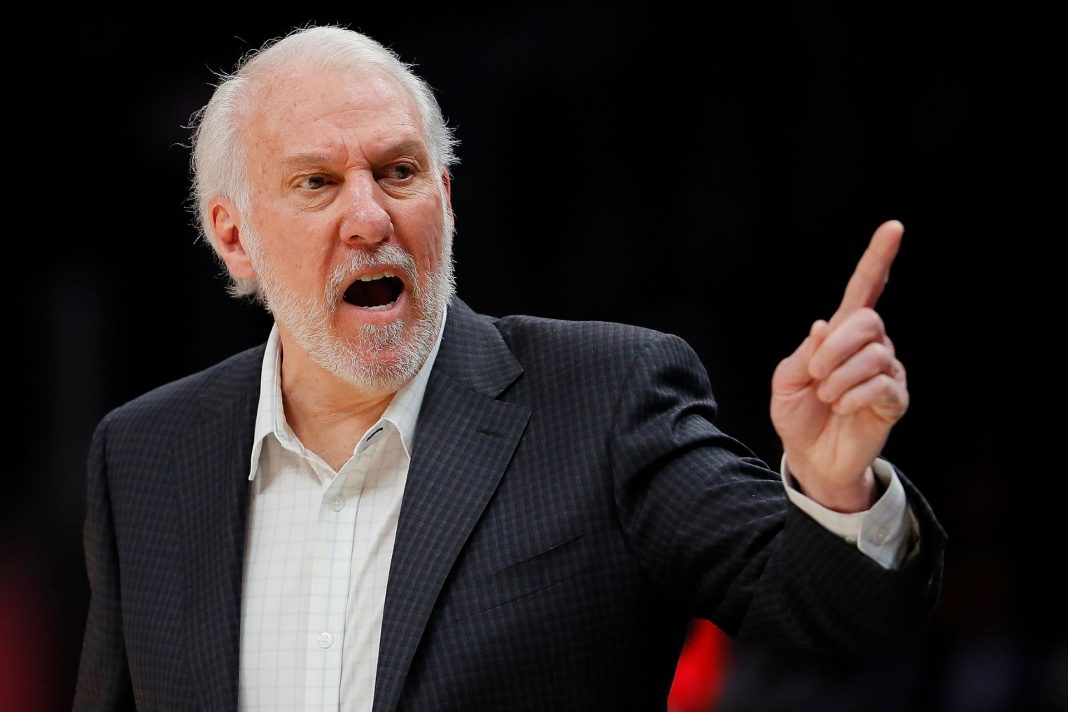 Sports are turning into the new Hollywood where left-wing celebrities spout off uninformed opinions about the day’s political events.

And what one NBA coach said about the police will have you seeing red.

San Antonio Spurs coach Gregg Popovich is one of the most outspoken liberals in all of American sports.

But the sports media – which leans even farther Left than the political media – continues to confuse being outspoken with being well informed.

Popovich made it clear how ignorant he was on matters when he spoke out after the shooting death of Daunte Wright.

A police officer killed Wright after Wright resisted arrest during a traffic stop.

The officer claimed they accidentally grabbed their gun instead of a taser and shot Wright in a tragic mistake.

Popovich used that event as the jumping off point to falsely claim there was an epidemic of police hunting and killing young black men, demanding government ban firearms and demand to know which NBA owners contributed to Republicans they could be canceled.

Popovich’s remarks represented all the worst of modern day liberalism.

Those remarks smear police officers with racist lies, attack gun owners as child murderers, and offer comfort to the Stalinist spirit behind today’s Left that anyone who disagrees with the Left is not entitled to earn a living in peace.

Despite the horrifying nature of Popovich’s comments, the media encourages this vindictive attitude among liberals by amplifying and never questioning Popovich.