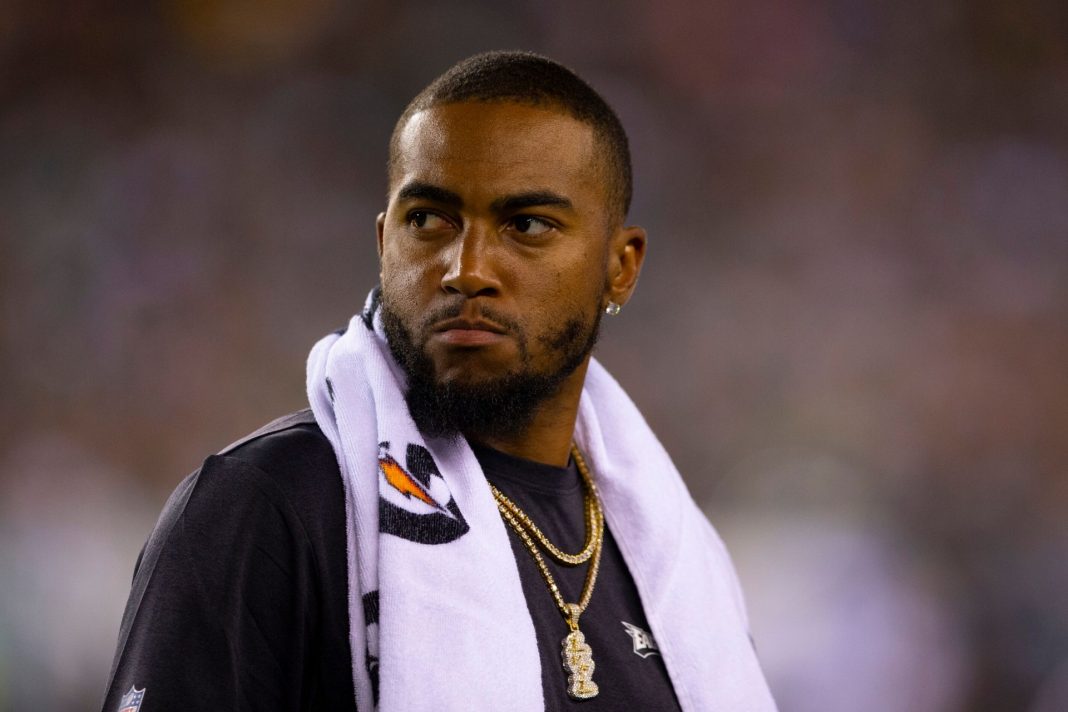 Pro sports leagues are now dominated by Black Lives Matter radicals who want what happens at the ballot box to take precedence over what takes place between the lines.

But the NFL now openly encouraging players to protest America came back to bite them.

And what this one NFL star said about Adolf Hitler could end his career.

DeSean Jackson’s has a long and successful career in the NFL as a wide receiver for the Philadelphia Eagles, Washington Redskins, and Tampa Bay Buccaneers.

Over the course of his 12 year career Jackson’s 598 passes for 55 touchdowns.

But what DeSean Jackson will now be best known for are a series of anti-Semitic Instagram posts where he posted a quote falsely attributed to Adolf Hitler and Nation of Islam leader Louis Farrakhan.

In a post quoting from the book The Hidden Treasure That Lies in Plain Sight 4: The Day of the Lord and the End of America, Jackson displayed a quote wrongly attributed to Hitler claiming the “white Jew” would “blackmail America” because they knew black Israelites were the true children of Israel.

Jackson quoted the book as stating:

The white Jews knows that the Negroes are the real Children of Israel and to keep Americas secret the Jews will blackmail America. They will extort America, their plan for world domination won’t work if the Negroes know who they were. The white citizens of America will be terrified to know that all this time they’ve been mistreating and discriminating and lynching the Children of Israel.

Jackson doubled down on his bigotry by then posting about a speech by Farrakhan where Farrakhan spread a conspiracy theory about a the coronavirus vaccine being used to depopulate the earth of blacks.

“#farrakhan This man powerful I hope everyone got a chance to watch this !! Don’t be blinded. Know what’s going on !!” Jackson posted to his Instagram.

The Eagles – who signed Jackson to a three year $27 million contract in March 2019 – released a statement calling Jackson’s comments “appalling” but also tried to shield him by claiming that he may have meant well.

If a white player said anything about AA’s as outrageous as what Desean Jackson said about Jews tonight there would at least be a serious conversation about cutting him and a need for a team meeting to discuss. Which would be totally appropriate. Absolutely indefensible.

Jackson eventually apologized, but many believed it did not go far enough.

And had a white player tried to quote Hitler they certainly would have been released.