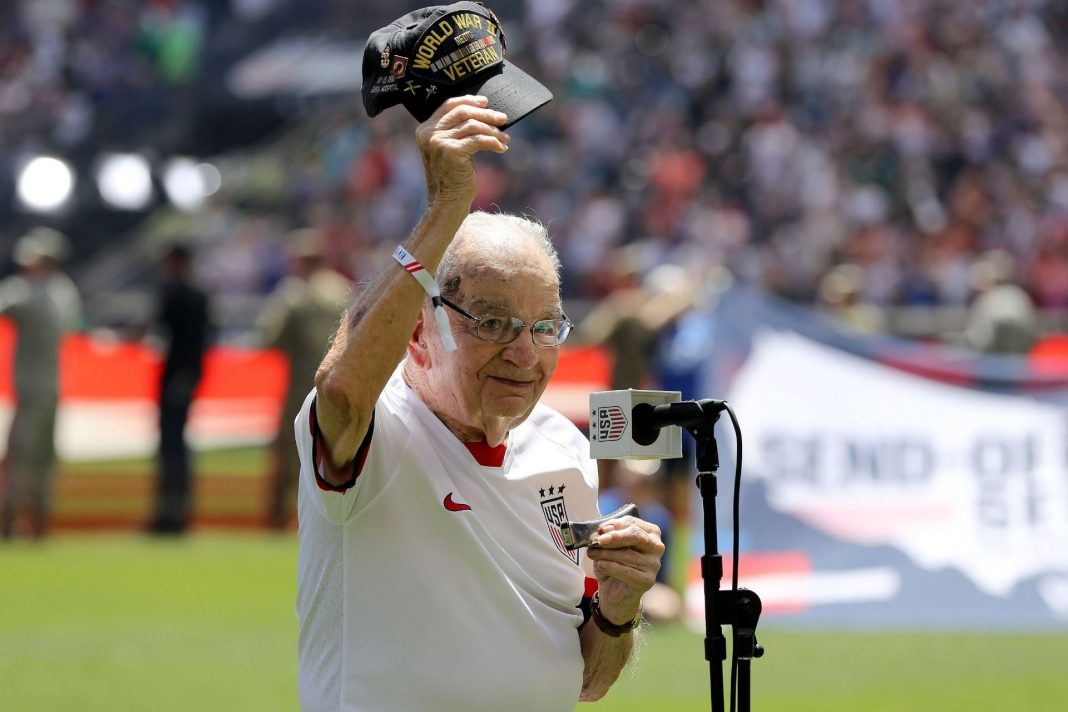 The U.S. women’s national soccer team is one of the most woke collection of athletes in America.

But they just crossed a line.

And what the U.S. women’s soccer team did to a 98-year-old WWII vet will leave you speechless.

At that point, several members of the U.S. women’s soccer team turned their back on DuPre and the flag as part of the team’s long standing protest of the national anthem.

Two of the players didn’t even clap for DuPre after he finished his heartwarming rendition of the national anthem.

Every woman on the Mexican Soccer Team faced the flag & sang the Mexican National anthem.

Several woman on the U.S. Soccer team turned away from the US flag – while a 92 year old Veteran played the anthem on a harmonica.

Why didn’t @USWNT show the women turning away? https://t.co/8OCa7eToZD

The woke athletes who kneel during the anthem and their social justice warrior defenders in the media claim these protests are about police violence against black Americans and have nothing to do with the flag, the anthem, or the military.

That line never held any water and it certainly doesn’t after this display.

The flag, the anthem, and a member of the military were all present on the field for this game.

And the players still protested.

These protests have always been about the flag, the national anthem, and the military.

If they weren’t, they wouldn’t take place during the national anthem.