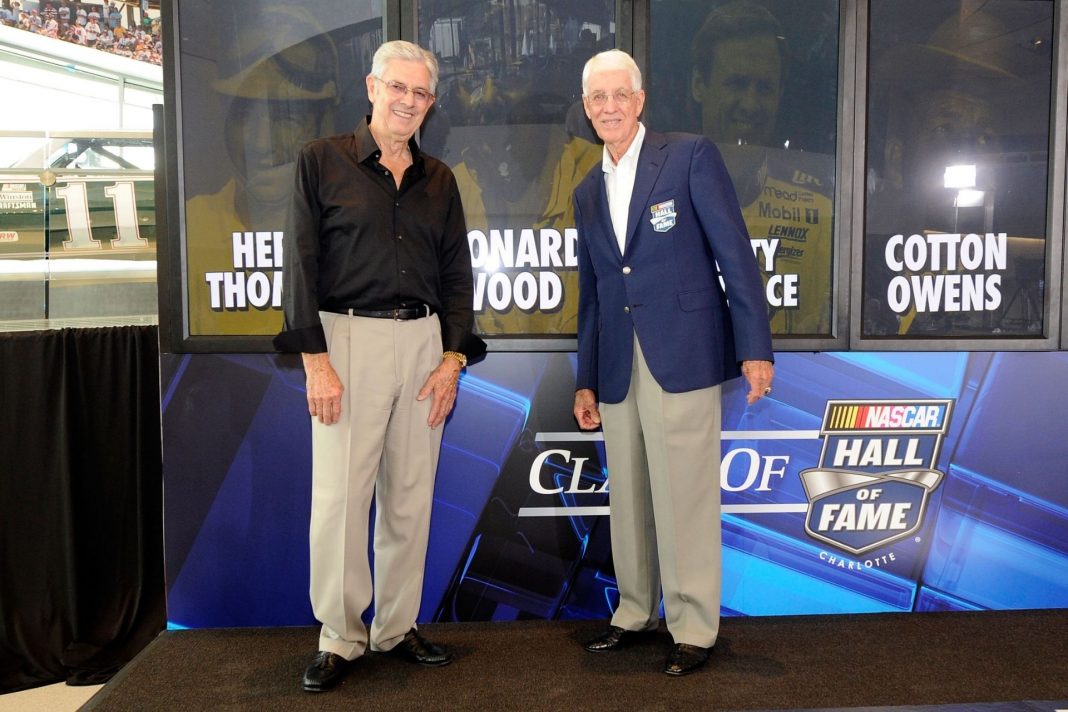 Thanks to all of the COVID lockdowns and restrictions, many Americans have found they have a lot of extra time on their hands.

While most everyone figured out something to occupy the time, others took it to the next level.

But what this 86-year-old NASCAR legend did during his COVID downtime will absolutely blow your mind.

In 1950, brothers Glen and Leonard Wood bought a car for $50 and founded Wood Brothers Racing in their family’s garage in Stuart, Virginia.

By 1953, their weekend hobby had turned into a full-time business as they began fielding cars in what would become the NASCAR Cup Series.

And they’ve done exactly that ever since, giving them the unique distinction of being the oldest active team in the sport.

To make a long story short, the Wood Brothers are NASCAR royalty, and are beloved and admired by motorsports fans across the country.

But as impressive as it is that they started a NASCAR team in their garage over 70 years ago that is still going strong today, what may be even more impressive is what 86-year-old Leonard Wood did with his free time during COVID.

Considering he is known as one of the greatest engine builders in motorsports history, Wood decided to build a 1/2-scale replica of the 1967 Ford 427 engine that powered the most iconic endurance racing win in American history at the 1967 24 Hours of Le Mans – by hand.

Wood set out to carve his replica from a solid block of aluminum, determined to make every single piece possible with his own two hands.

day 1, the block of aluminum shows up. this would go onto be the engine block. Now keep in mind most every single part of this engine would come from blocks of aluminum. if it could be made, he made it. pic.twitter.com/KMlnr1qGZI

Despite having a world-class racing team at his disposal, including NASCAR engineers, start-of-the-art CNC machines, and all the tools a mechanic could ever need, Wood even handmade some of his own tools for the project.

midways through and finished project. ported and polished pic.twitter.com/QPwZvIVnMr

And as if he hadn’t already made the difficulty level of his endeavor high enough, Wood built the entire 1/2-scale replica using nothing but a picture of the original car, forgoing the use of a 3D model or diagram as a guide.

start of exhaust headers. (he's copying from a picture from the original Ford GT pic.twitter.com/bpMBjMZ8H7

In the end, Wood completed his project, and to the surprise of no one who has seen all that the Wood Brothers were able to accomplish on the race track over all these years, the end result was absolutely stunning.

a completed 50% scale Ford 427 with a handmade stand. pic.twitter.com/l0vvct9CPw

The Wood Brothers revolutionized NASCAR, and there’s no question about their place in the sport’s history amongst some of the best to ever do it.

And the same work ethic, talent, and resourcefulness that built one of NASCAR’s most iconic teams is still evident in the 86-year-old today, as this project proves.

Unfortunately, there aren’t many men like Leonard Wood still around today.

He’s a living, breathing piece of motorsports history, and his legend will live on for generations to come.