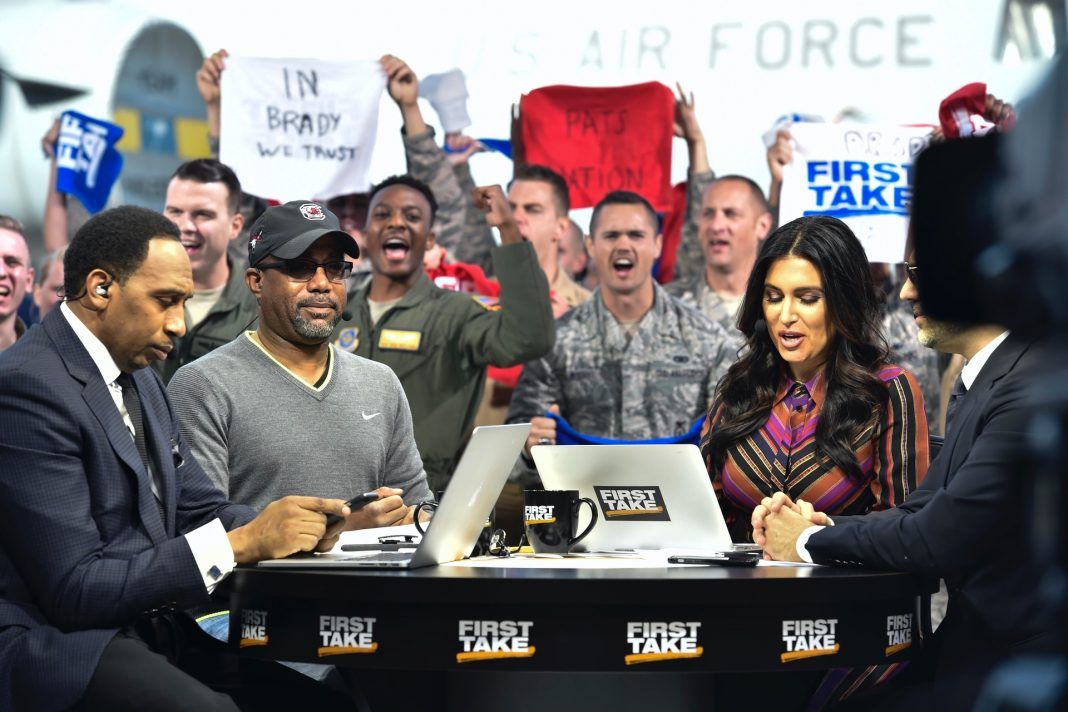 Americans are desperate for sports to return.

But one thing they’re tired of is ESPN’s left-wing political commentary.

And after last week ESPN’s top executives are shaking in their boots after looking at these numbers.

Last week, ESPN’s studio programming hit a 41-year ratings low – that is, never before in the entire history of the network have ratings been as low as they were last Wednesday.

The outrage mob – likely egged on by the echo chamber on ESPN – has since forced Brees to apologize three times and Brees’ wife even felt compelled to offer an apology.

But while ESPN’s “woke” hosts might consider that a win, in reality their programming has been a complete dumpster fire.

Sports journalist and Fox Sports Radio host Clay Travis wrote that ESPN’s sorry ratings were not due to the coronavirus lockdown, but the network’s pivot to “24/7” politics.

On his website Outkick the Coverage, Travis argued that over the past several weeks, ESPN has become “more left wing than MSNBC and CNN combined.”

He wrote that the network’s studio programming, which he called “WokeCenter on steroids 24/7,” reached “full on crisis mode level awfulness”:

“First Take” was the highest rated ESPN studio show all day, posting just 211,000 viewers. That was the 93rd highest rated program on all of cable. Putting those numbers into context compared to other shows airing the same day on cable: “Nick Cannon Wild and Out 15” on VH1 had 50% more viewers than ESPN’s top show. “Smuggler: Secret Stash” on National Geographic doubled First Take. Not to be outdone, “Craig of the Creek” on the Cartoon Network posted 200,000 more viewers.

As Travis went on to argue, the data proves sports fans don’t want to listen to preachy sports commentators ranting and raving about non-sports news on a so-called sports network.

After all, there are plenty of other outlets for that.

Leave a comment below to let Sports with Balls know your thoughts about this story.

And be sure to vote in our poll: Should ESPN stop injecting left-wing politics into sports?